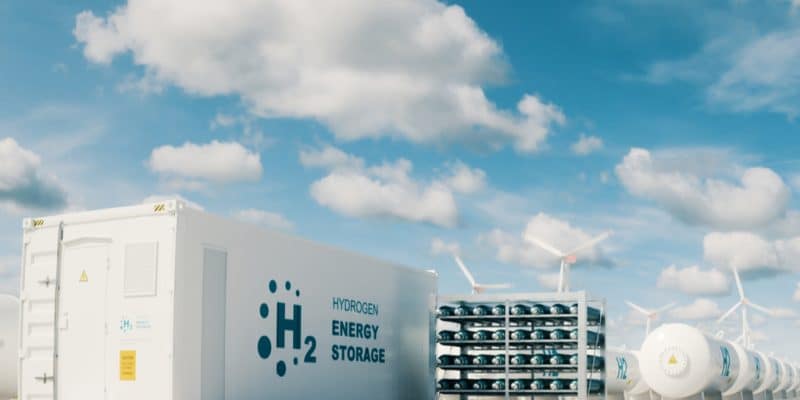 Norwegian energy company Scatec is signing a partnership with ammonia producer Fertiglobe and the Sovereign Wealth Fund of Egypt (TSFE) to convert green hydrogen into green ammonia. A plant will be operational by 2024.

Several global energy giants are interested in the Egyptian green hydrogen market. But Norway’s Scatec is coming in with a concrete project that involves Fertiglobe, an ammonia producer jointly owned by OCI N.V. and Abu Dhabi National Oil Company (ADNOC), and the Sovereign Wealth Fund of Egypt (TSFE). The partnership involves the conversion of hydrogen into green ammonia. This new energy will be produced via the chemical process of electrolysis, with electricity generated from renewable sources.

In this process, electrical energy is transformed into chemical energy. Green ammonia, made with hydrogen obtained through electrolysis, would reduce greenhouse gas (GHG) emissions from nitrogen fertilizers. Maritime freight is another opportunity, as ammonia can be used to store hydrogen. And this avenue is being seriously explored by the International Maritime Organization (IMO), which in 2018 adopted a strategy to halve GHG emissions from shipping by 2050.

Commissioning of the green hydrogen facility in 2024

“This new partnership is part of Scatec’s strategic initiative, “Power to X”, whose objective is to enable and realize industrial projects that contribute to reducing carbon emissions through the supply of competitive renewable energy. The ambition is to develop long-term partnerships in which Scatec can capitalize on its expertise in developing renewable projects in high-growth markets worldwide,” says Raymond Carlsen, Scatec’s CEO.

According to the Oslo-based group, the necessary engineering and development work, including the structuring of commercial agreements for the new facility, will begin shortly. The investment decision will be made in 2022 and the hydrogen facility will be commissioned in 2024. However, the required approvals from the Egyptian authorities will have to be obtained first. The support of the TSFE is a guarantee for this project. In addition, Fertiglobe, Scatec and TSFE will need to seek support from multilateral development institutions and solicit the services of hydrogen technology providers.