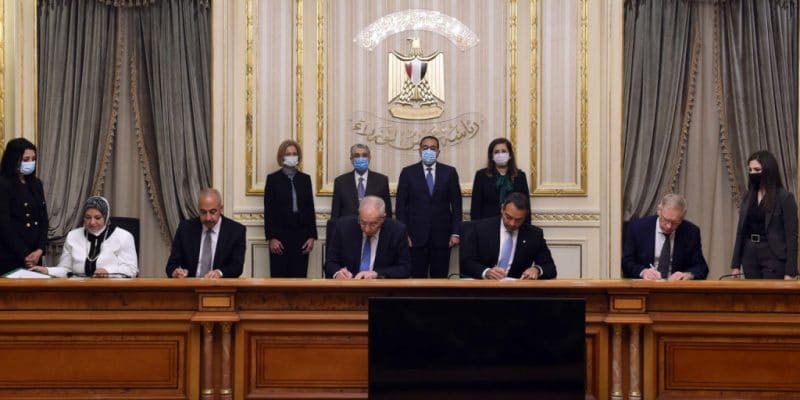 The Norwegian energy company Scatec has just signed agreements with the Egyptian authorities for the construction of a green ammonia plant. The plant will be located in the industrial zone of Ain Sokhna, in the governorate of Suez.

Scatec is making progress in the implementation of its hydrogen and green ammonia production project in Egypt. The Norwegian energy group has just signed related agreements with the General Authority of the Suez Canal Economic Zone (SCZone), the Sovereign Wealth Fund of Egypt (TSFE), the Egyptian Electricity Transmission Company (EETC) and the New and Renewable Energy Authority (NREA).

The facility will be capable of producing one million tons of ammonia per year, with the potential to expand to 3 million tons per year. This is clearly one of the largest green ammonia projects in Egypt. It will be developed with the participation of the Egyptian government. It is expected that the Sovereign Wealth Fund of Egypt (TSFE) will take an active part in the construction of the future plant.

“This partnership reinforces the fund’s commitment to invest in the entire energy transition value chain, in line with Egypt’s roadmap towards zero emission targets. This project is a collaboration between the Ministry of Electricity and Renewable Energy, the Suez Canal Economic Zone and the Sovereign Wealth Fund of Egypt. This is an attractive investment opportunity for a global player like Scatec to develop a state-of-the-art green ammonia plant, taking advantage of Egypt’s well-developed natural resources and infrastructure,” says Ayman Soliman, the managing director of the TSFE.

The project already involves Egyptian flagship Orascom Construction, as well as Fertiglobe, an ammonia producer jointly owned by OCI N.V. and Abu Dhabi National Oil Company (ADNOC). The technology to convert electricity into hydrogen and ammonia will be provided by Plug Power, a company based in Latham, USA.