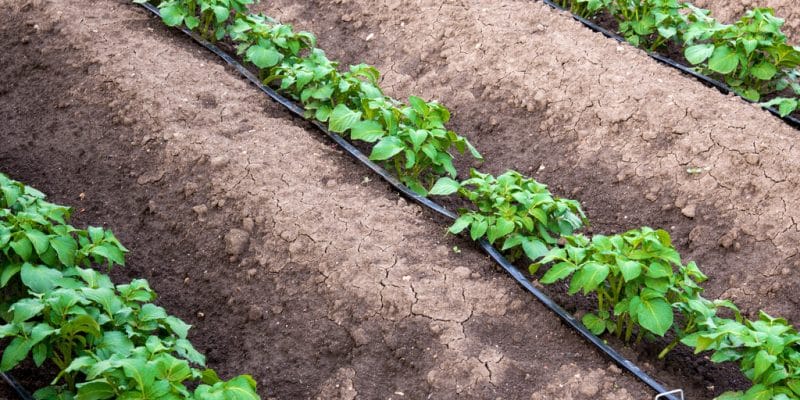 The Egyptian government has unveiled its goal of rationalising the use of its water resources over the next three years. Cairo plans to replace flood irrigation systems on 1.554 million hectares of plantations with modern, water-saving devices.

Agriculture is one of the most water-intensive sectors in Egypt. As part of its policy to avoid depletion of freshwater resources, the Egyptian government is placing special emphasis on irrigation. In this context, the authorities have launched a process to modernise the irrigation systems operating in the North African country.

Within three years, the Egyptian Minister of Water Resources and Irrigation, Mohamed Abdel Aty, hopes to cover 1.554 million hectares of plantations with modern, less water-consuming irrigation systems, such as the drip system. “For this type of irrigation, the system pours the water very precisely onto the crop, resulting in an optimal crop yield,” says the UN Food and Agriculture Organisation (FAO).

The operation is already underway, particularly in Upper Egypt, where the government wants to cover a total of 3,140 hectares of plantations with modern irrigation equipment. The government will invest a total of 183.7 million Egyptian pounds ($11.6 million) to upgrade irrigation systems in Upper Egypt. Currently, farmers in the country use flood or submersion irrigation systems. This process involves covering the soil with a layer of water of varying thickness and allowing it to remain for the time necessary for it to infiltrate to the appropriate depth.