Homepage » EGYPT: juwi to build solar power plant with storage at Sukari mine

EGYPT: juwi to build solar power plant with storage at Sukari mine 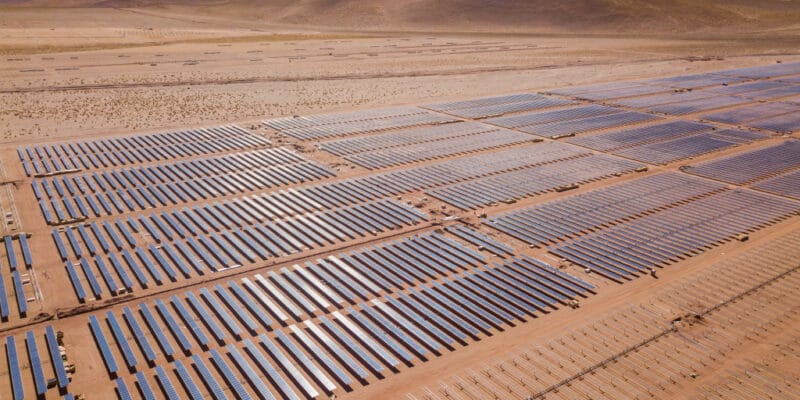 Through its South African subsidiary juwi Renewable Energies, solar energy provider juwi AG has been awarded the contract to build a 36 MW off-grid solar system at the Sukari gold mine operated by Centamin in Egypt. The plant will be connected to a battery storage system.

Good news for German renewable energy producer juwi AG. Its South African subsidiary juwi Renewable Energies has been awarded the contract to build a solar photovoltaic power plant to supply the Sukari gold mine in the Red Sea governorate of Egypt. This open pit and underground mine is operated by Centamin plc, a Jersey-based company, an autonomous dependency of the British Crown.

Read also NAMIBIA: Trevali to equip its Rosh Pinah mine with a solar photovoltaic system

The solar photovoltaic plant will have a capacity of 36 MW. juwi decided to install its Hybrid IQ system of two-sided solar panels and a single-axis tracking device, taking advantage of the high irradiation of the Nubian desert. “The Juwi Hybrid IQ microgrid technology will allow the integration of the solar system and batteries into the existing grid. It will support the operation of the existing power plant,” explains juwi.

What are the benefits for the Sukari mine?

The storage system to be installed by juwi will be capable of accumulating 7.5 MW of electricity. The installation will enable Centamin to reduce its mine’s electricity bills, as the operator will be partially shifting away from oil, which is often volatile in price. This will reduce the mine’s diesel consumption by 22 million litres per year. The hybrid solar power plant will also avoid 60,000 tonnes of CO2 emissions annually.

“The mining industry accounts for 10% of the world’s energy consumption and many minerals play a key role in the energy transition. We are pleased to support the resource industry on the path to decarbonisation with our reliable solar, wind and battery solutions,” says Stephan Hansen, a juwi board member.

In recent years, many mining companies operating in Africa have embraced solar power to reduce their electricity bills and the environmental impact of their operations. In Mali, for example, the Canadian company B2Gold has installed a 30 MW hybrid solar power plant at its Fekola gold mine. The plant was built by the German companies BayWa r. e. and Suntrace.