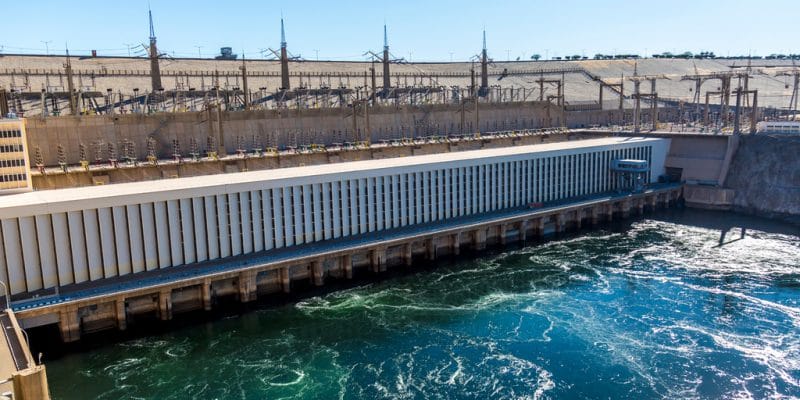 Egyptian President Abdel Fattah al-Sissi recently inaugurated a new dam in Assiut, Upper Egypt. Built by the French VINCI Construction Grand Projet, a subsidiary of the French Vinci group, the dam will be used to generate electricity and irrigate fields in at least 4 governorates in Egypt.

Abdel Fattah al-Sissi travelled in person to Assiut, a town more than 250 km east of Luxor in Upper Egypt, where he inaugurated an important dam that should solve two major problems in this Maghreb country.

The Assiout dam has been built by the French company VINCI Construction Grand Projet, a subsidiary of the French group Vinci. It consists of a hydroelectric power station operating with 4 turbines, each with a capacity of 8 MW, or a total capacity of 32 MW, for an annual production of 245 million kWh. The Egyptian authorities estimate that the new hydroelectric plant will yield annual savings of $15 million by saving the price of fuel oil used to run thermal power plants.

Located on the Nile River, the new Assiut Dam will provide electricity to 130,000 families in several parts of Upper Egypt. It will replace another dam at Assiut, built in 1903. The dam, of which the new power plant is a part, will also be used to store and pump water for irrigation of agricultural land.

It will serve the territories of 5 governorates: Assiut, Menya, Beni Suef, Fayoum and Giza. According to Mohamed Abdel Ati, Egypt’s Minister of Water Resources and Irrigation, 690,000 hectares could be irrigated each year with the waters of the Nile. This water will be used to produce rice in the Upper Egypt region, which is a major basin for the production of this cereal.

A project co-financed by the German Development Bank (KfW)

This major project that VINCI Construction Grand Projet has been carrying out since 2012 has not only been used to produce electricity or irrigate. The French company, which employs more than 1000 people worldwide, is also building a four-lane traffic bridge on the same site, linking the east and west banks of the Nile, as well as two boat lifts for inland navigation.

The construction cost of the Assiut hydroelectric power plant and the entire dam amounts to more than 6.5 billion Egyptian pounds, or 447 million euros. At the inauguration, Germany’s ambassador to Egypt, Julius Georg Luy, praised the success of the construction. “Germany is proud to be an important partner of Egypt in the success of this project,” said the ambassador. “This is the largest German development project in Egypt with a financial contribution of more than 300 million euros,” he added.

The German Development Bank (KfW) provided exactly €311 million in the form of a concessional loan. The Egyptian government has provided €163 million to ensure the success of the recently inaugurated Assiut dam.