Homepage » EGYPT: in search of French investment in desalination and sustainable mobility 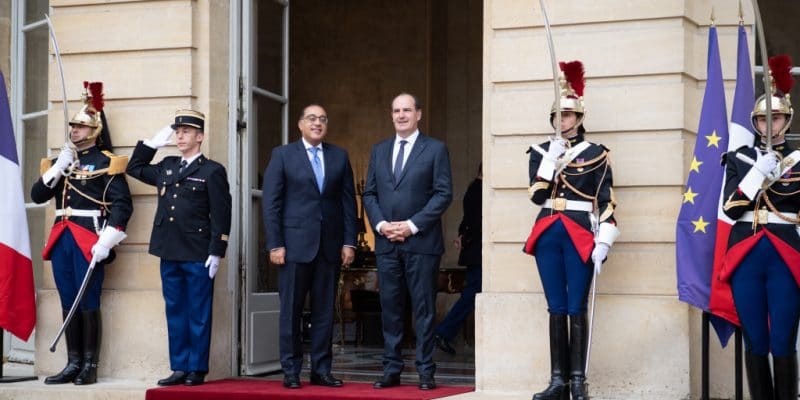 During his recent visit to Paris, Egyptian Prime Minister Mostafa Madbouly called on French companies to increase their investments in Egypt. Committed to the transition to a carbon-neutral economy, Cairo is seeking investment in clean energy desalination and electric car production.

Mostafa Madbouly was on a mission of seduction in Paris. During this visit, the Egyptian Prime Minister met with his French counterpart Jean Castex at Matignon, as well as with the Mouvement des Entreprises de France (MEDEF) at the Economic, Social and Environmental Council (CESE). With the French employers, Mostafa Madbouly discussed investment opportunities in Egypt, particularly in the water sector.

The Egyptian government is committed to a plan to exploit unconventional water resources, including desalination for the supply of its population and agriculture. This is a necessity in a context marked by water stress, caused by the drought that dries up surface water resources. This situation is exacerbated by the construction of the Great Ethiopian Renaissance Dam (GERD) which further reduces the flow of the Nile. Yet Egypt depends on the river for about 97% of its irrigation and drinking water.

Faced with this situation, the Egyptian government is banking on the desalination of sea water. Cairo plans to have 47 desalination plants by 2030 and 67 by 2050. Cairo intends to implement its plan through public-private partnerships (PPPs). The visit of the Egyptian Prime Minister aims to encourage French companies to invest in this essential sector.

Read also- EGYPT: Metito to build a desalination plant in Al-Arish under a PPP

With French investors, Mostafa Madbouly also discussed investment opportunities in electric mobility in Egypt. This sector is beginning to develop with the relaunch of the national company El Nasr Automotive Manufacturing Company, thanks to a partnership with the Chinese car manufacturer Dongfeng Motor Corporation. The two partners have already started tests for the assembly of electric models “E70”. The first electric cars named “Nasr E70” will leave the El Nasr Automotive factory in the second half of 2022.

At the same time, other local investors are setting up the necessary infrastructure for electric mobility, including charging stations. The call launched by Prime Minister Madbouly aims to attract French investments for the development of a less CO2 emitting mobility. Currently, more than 165 French companies are investing a total of 5 billion euros and providing 38,000 jobs in Egypt. At the same time, trade between the two countries reached $3 billion in 2020, a 20% increase over 2019, according to the Egyptian government.