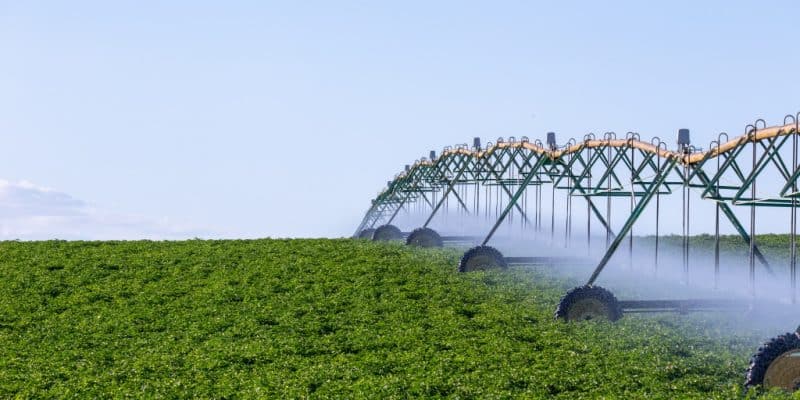 Egyptian company Hassan Allam Construction has been awarded a contract to restore over 6,400 hectares of dry land in Egypt's Toshka Valley. Cairo wants to speed up the production of its own wheat.

Egypt wants to make the most of its dry plains to feed its population, estimated by the World Bank to be over 102 million in 2020. The government of the land of the pharaohs has just entrusted Hassan Allam Construction with the responsibility of restoring arid land in the Toshka valley in southern Egypt. The Cairo-based company plans to build 124 km of irrigation infrastructure with diameters ranging from 200 to 1,400 mm for the new Zone O.

This area has a total surface area of more than 11,700 hectares, of which 6,400 hectares will be used for agriculture. The restored plots will be used to grow wheat, an essential cereal in the diet of Egyptian households. Moreover, Egypt is the leading importer of wheat on the African continent, with 13 million tonnes to be shipped in 2021 according to the United Nations Food and Agriculture Organisation (FAO). With the Russian-Ukrainian conflict, the rise in wheat prices has highlighted the dependence of Egypt and most North African countries on wheat produced in Eastern Europe.

The contract entrusted to Hassan Allam is part of the New Valley or Toshka project. This is a major project launched in 1997 by the former Egyptian king Hosni Mubarak to increase the area of arable land in Egypt from 6% to 35%. Touted as historic at the time, the project consists of a system of canals to divert water from Lake Nasser into desert areas of the Libyan desert. The project was primarily designed to encourage Egyptians to leave the densely populated Nile Delta and seek economic opportunities in the desert south.

From the start of the project, the Egyptian authorities relied on pumping water from the Toshka lakes not far from the sudden border. But in the early 2000s, water levels dropped and the lakes’ surface area diminished (as did the neighbouring Lake Nasser) due to a decline in water inflow over several years. To continue the agricultural project, fresh water from East Oweinat is pumped from underground aquifers. A non-renewable resource. This underground fossil water accumulated between 20,000 and 5,000 years ago, when the Sahara was much wetter.

Since 2021, the Egyptian government has decided to exploit the waters of the Nile in order to relaunch this mega-project. Hassan Allam has been given the task of setting up adequate facilities, including an intake, canals and at least ten tunnel crossings. These facilities will be able to draw 7 million m3 of water per day from the Nile, starting from the Mostakbal Misr locality.