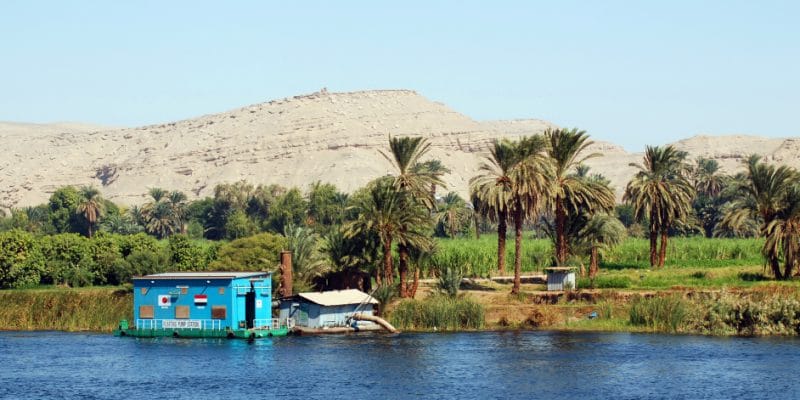 Egyptian authorities are choosing Hassan Allam Holding to build new facilities to pump Nile water from Mostakbal Misr. This work will allow the revival of a project aiming at the restoration of agricultural lands in the New Valley.

Hassan Allam Holding is once again embarking on a major project in Egypt. Its subsidiary Hassan Allam Construction has been chosen by the Egyptian authorities to build a water intake on the Nile at Mostakbal Misr. The station will be able to pump 7 million m3 of water for the restoration of agricultural land in the New Valley.

Revival of a mega project

The New Delta is a major project launched in 1997 by former Egyptian raïs Hosni Mubarak to increase the amount of arable land in Egypt from 6% to 35%. Touted as historic at the time, the project consists of a system of canals designed to divert water from Lake Nasser into desert areas of the Libyan Desert. The project was primarily designed to encourage Egyptians to leave the densely populated Nile Delta and seek economic opportunities in the desert south.

From the start of the project, Egyptian authorities relied on pumping water from the Toshka lakes not far from the sudden border. But in the early 2000s, water levels dropped and the lakes’ surface area diminished (as did the neighbouring Lake Nasser) due to the decline in water inflow for several years. To continue the agricultural project, East Oweinat’s fresh water is pumped from underground aquifers. A non-renewable resource. This underground fossil water accumulated between 20,000 and 5,000 years ago, when the Sahara was much wetter.

The construction of the various water pumping installations has made it possible to exploit 21,000 hectares of agricultural land where alfalfa is grown mainly for livestock. This plant, which is more resistant to poor desert soils, is cultivated mainly by two large farmers. The total irrigated land covers only 10% of the area set by the authorities when the project was launched. Some observers speak of a failure.

At the same time, the project is being criticized for its impact on water resource management, even though 88% of Egypt’s water is absorbed by agriculture. Yet this sector contributed only 11% of the gross domestic product (GDP) in 2020, according to the French Treasury. This project of development of irrigated agriculture is relaunched in a context of restriction in the use of water. Also, with the Mostakbal Misr pumping station, the flow of the Nile is expected to fall further, while Egyptian authorities fear the worst with the construction of the Great Ethiopian Renaissance Dam (GERD).