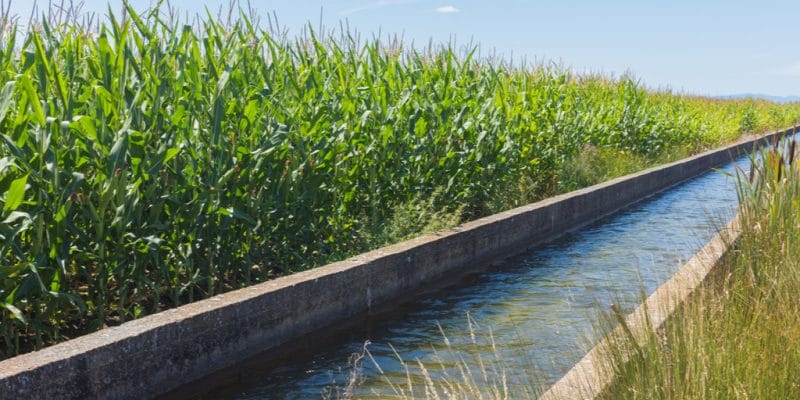 The rehabilitated irrigation canals will certainly help to better manage water for agriculture in Egypt. The work is part of the first phase of the National Canals Rehabilitation Project.

Reducing water consumption in Egypt’s agricultural sector. This is the aim of the National Canals Rehabilitation Project underway in the land of the pharaohs. On July 3rd, 2021, the Minister of Water Resources and Irrigation, Mohamed Abdel Atty, announced the completion of a component of the project that has resulted in the rehabilitation of 2,017 km of irrigation canals.

“An improvement in the quality of water in the canals was noted after the removal of weeds and the cessation of waste dumping in the canals. Another improvement was also noted in the increase in the market value of the agricultural land after the rehabilitation,” explains the official. This work will enable farmers to better manage the available water, by implementing modern and more water-efficient irrigation systems. The work is expected to accelerate in the coming months.

In his statement of July 3rd, 2021, the Egyptian Minister of Water Resources and Irrigation, Mohamed Abdel, also announced the rehabilitation of an additional 6,216 km of irrigation canals. A total of 8,233 km of canals will be rehabilitated by mid-2022 in Egypt. The rehabilitated canals will also enable the country to cope with the persistent water stress it is facing.

In response to water stress, the Egyptian government plans to impose taxes on irrigation water pumped from the country’s rivers, including the Nile. The law under discussion stipulates that each farmer will have to pay about $16 (250 Egyptian pounds) per year, or more than $79.6 (1,250 Egyptian pounds) over five years, to obtain an operating licence. Egypt also plans to reduce water-intensive crops to preserve the Nile, which provides 85% of the country’s water needs.