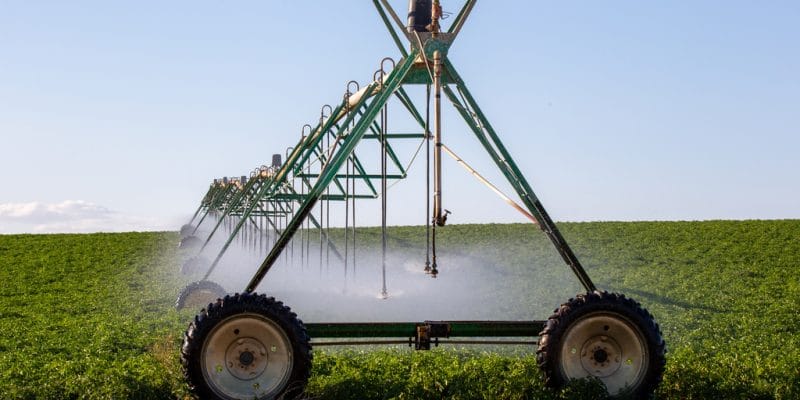 The Egyptian government is about to launch a new "modern" irrigation system. The aim is to meet the needs of farmers while implementing the country's water efficiency plan.

This is a change of method recommended by the experts. It involves replacing flood irrigation practises, such as runoff, used to grow cereals such as rice. Instead, the government advocates drip, bubble irrigation and mist spraying.

These new systems should enable Egyptian farmers to work without depleting water resources. For several months, the Egyptian government has been engaged in a plan to rationalise water consumption. The decrease in the flow of the Nile River is partly responsible for this new policy. According to the government, the amount of rainwater entering the Nile from Ethiopian mountain ranges is below seasonal standards.

As a result, the flow of the Nile will decrease by 5 billion m3. “This deficit represents 10% of Egypt’s share of the Nile’s 55.5 billion cubic metres of water, as established in a 1959 agreement allocating Nile water rights,” the Egyptian Ministry of Irrigation and Water Resources recently stated. In response to this situation, in August 2019, the Egyptian government decided to amend Law 53/1966 on agriculture. Restrictions are now imposed on the cultivation of rice, sugar cane, bananas and all crops with a high water content.

After having long played the role of the first source of surface water in Egypt, the Nile is no longer able to supply the entire country of the Pharaohs. The current government is relying on new water supply resources, including seawater desalination. A few days ago, the government announced that it had received an offer from an Emirian company for an investment of $800 million to build several desalination plants. They will produce 500,000 m³ of water per day. A committee has been formed at the Ministry of Housing to study in detail this major offer.

The company, whose name has not been revealed, wants to take advantage of the opening of desalination to private companies. The Egyptian government’s goal is to commission 21 new desalination plants by the end of 2022. Currently, 19 factories with a capacity of 400,000 m3 per day are under construction in the coastal governorates. These facilities will be in addition to the 63 desalination plants located in the governorates of North Sinai, Matrouh, the Red Sea and South Sinai.