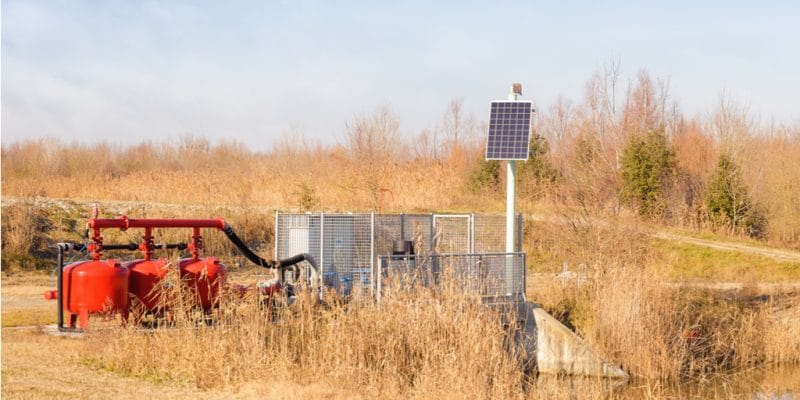 President Abdel Fattah al-Sissi has just signed an agreement whereby the Egyptian government and the Food and Agriculture Organization of the United Nations (FAO) will jointly promote the use of solar energy pumps for irrigation of plantations in western Egypt.

Agricultural land is often very dry in Egypt and in order to feed the nearly 100 million inhabitants of the country, most farmers use groundwater to irrigate their plantations. The practice is often cumbersome and requires mechanical means, such as the use of an electric pump. The Egyptian government plans to make this practice much less CO2-emitting (and more affordable) by introducing solar-powered pumps. It is a good thing, because there is no shortage of sunshine in this North African country. According to a study by the Environment and Climate Change Research Institute (ECCRI) in 2012, Egypt is the Arab country that receives the most hours of sunshine per year.

The Food and Agriculture Organization of the United Nations (FAO) wants to support this government strategy. An agreement to this effect was ratified by President Abdel Fattah al-Sissi on Thursday, September 6, 2018.

A new step in the promotion of solar energy in Egypt

As a partner in the project, FAO will inject $276,000 (in the form of a grant) and purchase solar pumps for the territories in western Egypt. According to the organisation, groundwater is very abundant. It will be up to the Egyptian government to select the farmers who will be able to participate in this experiment, which functions as a life-size test for the introduction of solar energy pumps for irrigation.

In addition, other projects concerning the use of solar energy are underway in this Maghreb country. In April 2018, four solar power plants were commissioned in the city of Aswan. With a total capacity of 186 MW, they are part of an Egyptian government project called Benaban. The objective is to produce 1800 MW of electricity in the coming years.

FAO, for its part, will deploy solar-powered irrigation in other countries such as Morocco and Jordan.