Homepage » EGYPT: Globeleq enters the market and buys a solar plant in Benban 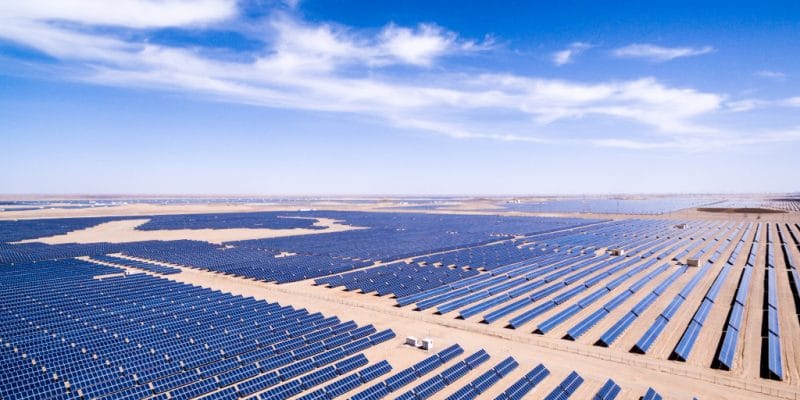 British energy company Globeleq has completed the purchase of a 66 MWp solar plant in the Benban complex in Egypt. This transaction will allow the company to position itself in the very dynamic energy market in the land of the pharaohs.

There is movement in the Benban solar complex in Egypt. Committed to diversifying its installed capacity in Africa, Globeleq has acquired the solar photovoltaic plant of ARC for Renewable Energy S.A.E (ARC). The 66 MWp facility was built in the second phase of the Egyptian government’s feed-in tariff program.

ARC was developed by a consortium of Italian companies SECI Energia and Enerray, and Saudi Arabia’s Desert Technologies. The consortium is selling all of its shares in the ARC project less than two years after the solar power plant went into commercial operation at the Benban complex.

“Egypt is one of the largest markets for renewable energy projects in Africa and aims to have 42% renewable generation by 2035. The country is a key market for Globeleq and this acquisition provides a platform to support new investments in the country, including solar PV, wind, battery energy storage and, in the longer term, water desalination and green hydrogen projects,” announced Globeleq.

The electricity generated by its new solar power plant is sold to the Egyptian Electricity and Transmission Company (EETC) under a 25-year power purchase agreement (PPA). The ARC plant was built with a loan from the International Finance Corporation (IFC), the private sector financing arm of the World Bank Group. The project was also financed by the Asian Infrastructure Investment Bank (AIIB), Arab Bank of Europe (the Arab Bank Group’s subsidiary), Finance in Motion and CDC Group, the UK government’s development finance institution and Globeleq’s majority shareholder (70%).

As the new owner, the UK Company is also committed to providing ARC with asset management services and overseeing the operations and maintenance contractor, GILA Al Tawakol. “ARC will be connected to Globeleq’s remote monitoring centre in Cape Town, South Africa,” says the independent power producer (IPP) led by Mike Scholey. Globeleq is now present in every corner of the continent, from Egypt in the north to South Africa in southern Africa, as well as Ivory Coast in the west, Cameroon in the centre and Kenya in the east.