Homepage » EGYPT: Germany’s Siemens signs with EEHC for the production of green hydrogen

EGYPT: Germany’s Siemens signs with EEHC for the production of green hydrogen 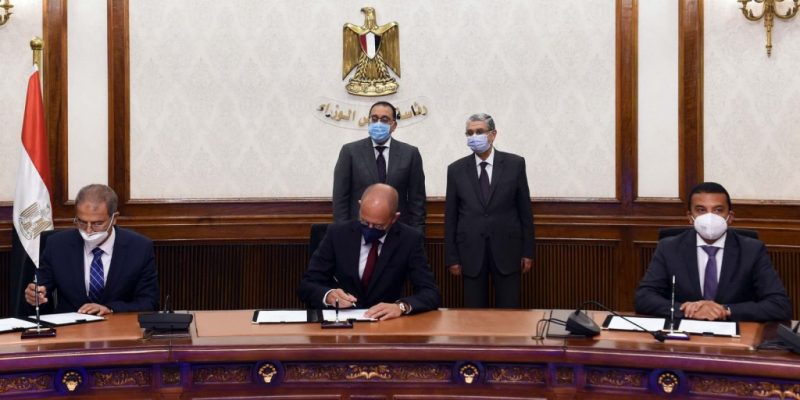 The giant Siemens Energy is reinforcing its partnership with Egypt in the field of energy. The German group has signed a framework agreement with the Egyptian Electricity Holding Company (EEHC) for the production of hydrogen from renewable energy sources.

Christian Bruch, the CEO of Siemens Energy Group is in Egypt to sign a memorandum of understanding with Gaber El-Dessouki, the chairman of the board of directors of Egyptian Electricity Holding Company (EEHC). Above all, the German energy giant is strengthening its partnership with Egypt, having laid the foundations for cooperation on the development of the hydrogen industry in January 2021.

Under the leadership of Mohamed Shaker, it’s Minister of Electricity and Renewable Energy, Egypt wants to become a pioneer country in the development, production and export of green hydrogen in Africa. And the commitment of the Egyptian government is attracting many international companies, convinced by the dynamism of its energy sector. “We are proud to extend our long history of collaboration with Egypt to this emerging industry which has the potential to significantly decarbonise industry and increase economic diversity. The development of a hydrogen ecosystem and value chain in Egypt has the potential to deliver a more sustainable and prosperous future for Egyptians,” says Christian Bruch.

The Memorandum of Understanding designated by Siemens focuses on investment, technology transfer and implementation of projects related to hydrogen production based on renewable energy in the land of the pharaohs. This cooperation for the joint development of the green hydrogen industry with EEHC will start with the implementation of a pilot project. The two partners will build a facility with an electrolysis capacity of between 100 and 200 MW.

Electrolysis is the process of converting electrical energy into chemical energy. This production will be based on renewable energies, as Egypt is one of the pioneers in this field in Africa. According to Siemens, this first green hydrogen production unit will contribute to the early deployment of the technology, the establishment of a partner landscape, the setting up and testing of the regulatory environment and certification, the establishment of purchasing relationships and the definition of logistics concepts.

With the investment in the nascent green hydrogen industry, Siemens becomes a major player in the Egyptian energy sector. The group is active in the North African country, for example through Siemens Gamesa. The independent power producer (IPP) obtained the agreement of the Egyptian government two years ago for the construction of two 500 MW wind farms in Ras Gharib, in the Gulf of Suez.