Homepage » EGYPT: Geocycle to dispose of 34.9 tonnes of obsolete pesticides in three ports 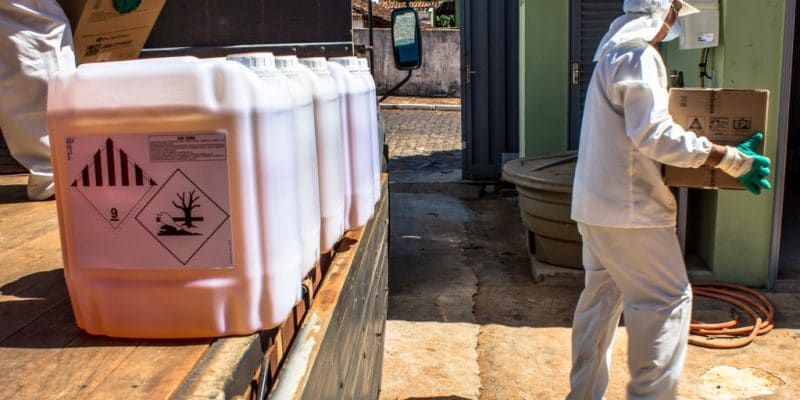 The Egyptian government has chosen Geocycle Egypt, the subsidiary of the Swiss group LafargeHolcim, to dispose of 34.9 tonnes of obsolete pesticides stored in three ports in the country. Geocycle is a major player in the country where it converts waste into energy.

Explosions at the port of Beirut (Lebanon) have raised awareness of the dangers posed by certain chemicals stored in African ports. After Senegal, it is Egypt’s turn to set up a procedure for the disposal of these potentially dangerous products. In the country of the pharaohs, this involves several stocks of 34.9 tonnes of obsolete pesticides stored in the ports of Alexandria, Safaga and Ajdabiya.

The disposal of these products has been entrusted to Geocycle Egypt, the subsidiary of the LafargeHolcim group based in Zug, Switzerland. “The Ministry has meticulously drawn up a strategic plan to quickly and safely dispose of the hazardous waste abandoned in Egyptian ports and to comply with the strictest ecological standards in the world,” said Yasmine Fouad, the Egyptian Minister of the Environment, following the signing of the agreement with Geocycle Egypt.

For its part, the Egyptian subsidiary of Geocycle promises to transport and dispose of chemical products in an environmentally friendly manner. “Geocycle has already managed to burn hazardous pesticides in six hours over six days in fully-fledged furnaces, meeting global health, safety and environmental standards,” says Niels Ledinek, Geocycle’s director. The company, which is expanding its presence in Egypt, is becoming one of the major players in waste treatment in the country of the pharaohs.

In April 2019, Geocycle commissioned a facility that converts waste into alternative fuel. Located in Ain Sokhn, in the governorate of Suez, the plant is capable of converting 400,000 tonnes (per year) of household, agricultural and industrial waste into biogas, fuel oil or diesel. This alternative fuel is used to power a LafargeHolcim cement plant in Ain Sokhn.