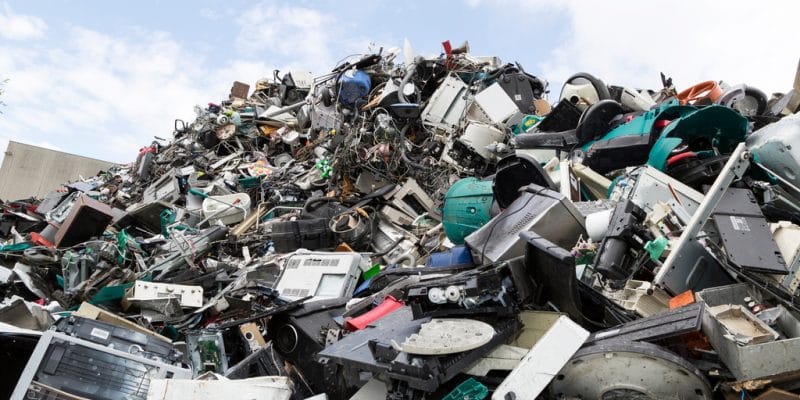 Egyptian authorities have signed an agreement with the Global Environment Facility (GEF) to implement an effective e-waste and medical waste management strategy in Egypt. The organization will provide $8 million in funding for recycling solutions.

The Global Environment Facility (GEF) is supporting Egypt’s electronic and medical waste recycling efforts. The North African country, known for its dynamism in these sectors, has just received $8 million from the fund through the African Development Bank (AfDB).

The Egyptian Ministry of Environment is currently studying and validating the approvals of companies specializing in the treatment of e-waste in order to reduce the growing pollution. In 2017 alone, Egypt generated 4.4 million tons of e-waste according to Global E-Waste Monitor.

Added to this is the scrap illegally exported from foreign countries to Egypt. Yet the damage to humans ranges from prematurity to behavioural and lung disorders to cancers, the World Health Organization (WHO) said in its June 2021 report. The North African country already has several e-waste recycling plants, most of which are run by private companies, including Recyclobekia in Cairo.

Equally dangerous, medical waste is of equal concern to Egyptian authorities. As part of its plan to preserve human health and the environment, the Egyptian government is implementing several projects, including the construction of a medical waste recycling plant in the northern Egyptian governorate of Gharbia. The facility, which opened in October 2020, recycles five tons of electronic waste per day. The country of the pharaohs has also received support from the GEF and the United Nations Development Program (UNDP).