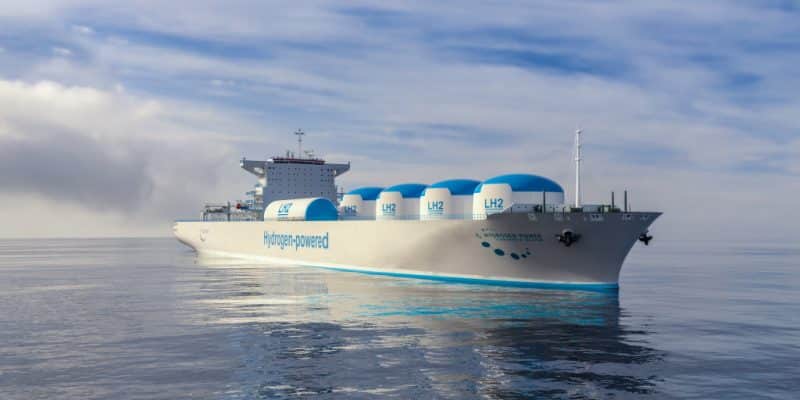 Fortescue Future Industries (FFI), the subsidiary of the Australian group Fortescue Metals, is in talks with the Egyptian government. The company launched by billionaire Andrew Forrest wants to install a hydrogen production plant capable of converting 9.2 GW of clean electricity.

A new player is eyeing the green hydrogen market in Egypt. It is Fortescue Future Industries (FFI), the subsidiary of the Australian group Fortescue Metals. The company’s managers, notably its founder Andrew Forrest, were recently received by Egyptian President Abdel Fattah al-Sissi in Cairo. On the agenda was the implementation of a green hydrogen project in Egypt.

FFI wants to set up installations capable of converting electricity into hydrogen. The electricity will be produced by solar and wind farms with a combined capacity of 9.2 GW, one of the largest new energy projects currently being developed in the land of the pharaohs. “Egypt is becoming a global powerhouse in the green energy value chain and will be ready to show the world at COP27,” says billionaire Andrew Forrest.

His company is starting negotiations with the Egyptian government at a time when several multinationals have already obtained permission to produce green hydrogen and its derivatives in the Suez Canal Economy Zone. This is the case of the British Globeleq, the Norwegian Scatec, the Emirati Masdar, the Indian ReNEW Power, the Saudi Acwa Power and the French Total Eren and EDF Renewables.

These negotiations, which began in Cairo, are part of Fortescue’s strategy to set up an installed capacity for the production of hydrogen and its derivatives of 15 million m3 per year by 2030 worldwide. In addition to the production of hydrogen and green ammonia, FFI is also exploring the possibility of setting up local manufacturing facilities for solar and wind power generation equipment.

This is a significant investment that could support Egypt as it accelerates the exploitation of its renewable energy potential. The North African country already has over 55 GW of installed capacity. Although 90% of this electricity is generated from fossil fuels, according to the US Energy Information Agency, the country already has a renewable energy capacity of 6,226 MW in 2021. This represents an increase of about 4.4% over 2020. The development of the green hydrogen industry should further boost this installed capacity.