Homepage » EGYPT: Exporting electricity to Europe in the midst of an energy crisis

EGYPT: Exporting electricity to Europe in the midst of an energy crisis 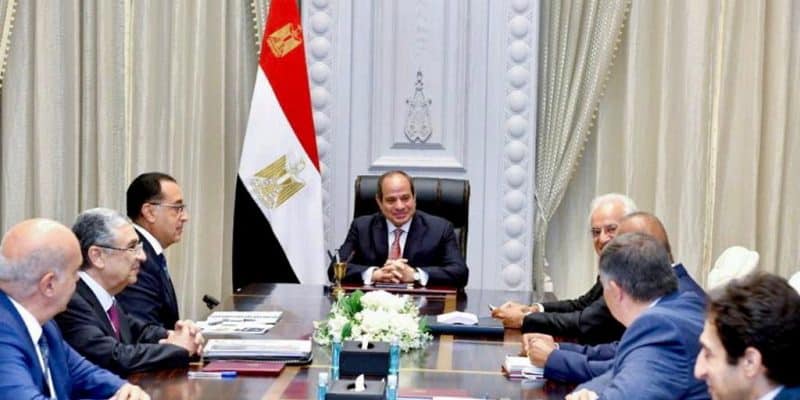 Negotiations are accelerating between the Egyptian and European authorities with a view to exporting clean energy from Egypt to Europe. The discussions should notably lead to a project to supply Europe with electricity via a submarine cable linking Egypt and Greece.

After green hydrogen, negotiations are continuing between Europe and Egypt for the export of electricity to Europe. Egyptian President Abdel Fattah al-Sissi recently received Greek entrepreneur Dimitris Copelouzos. The founder of the Copelouzos group came to Cairo to discuss a project aimed at massively producing electricity in the country of the pharaohs. The group wants to build solar and wind farms with a combined capacity of 9.5 MW for Europe.

Copelouzos has been considering the electricity interconnection project with Greece since 2009. But the war in Ukraine and the economic sanctions against Russia are gradually plunging Europe into an energy crisis. This is why Copelouzos wants to speed up the pace in order to connect Egypt, Greece and then Europe via a submarine cable. This power line should be 1,000 km long. In 2021, the Greek energy and infrastructure flagship has indicated that its power line should be capable of injecting 700 MW into the Greek electricity grid. An ambition that will be revised upwards, given the current situation in Europe.

The choice of Egypt for the implementation of a 9.5 MW solar and wind power project is linked to its geographical position. The North African country is located halfway between Europe and Asia. This is why Cairo exports electricity to Jordan through a 13 km long 400 kV submarine cable. The power line crosses the Gulf of Aqaba, with an exchange capacity of 550 MW. Egypt is also working on exporting its electricity to Iraq and Cyprus.

Read also- EGYPT-LIBYA: towards the increase of electricity exchanges between the two countries

Egypt also has a regularly upgraded electricity infrastructure that would allow for the implementation of large energy projects. The country has also simplified the procedures for implementing these types of projects, which has attracted independent power producers (IPPs) and other international investors in the emerging green hydrogen and derivatives industry.

Egypt has an installed capacity of 59,063 MW, more than five times the installed capacity of a country like Morocco, or 10,968 MW in 2021 according to the National Office of Electricity and Drinking Water (ONEE). In the Egyptian electricity mix, 1,700 MW are of solar origin and 1,465 MW are produced by wind farms. This capacity is set to increase with the implementation of major wind power projects, particularly in the Gulf of Suez. Cairo’s objective is to produce 42% of its electricity from renewable sources by 2035.