Homepage » EGYPT : Engie and its partners start work on a 500 MW wind farm in Ras Ghareb

EGYPT : Engie and its partners start work on a 500 MW wind farm in Ras Ghareb 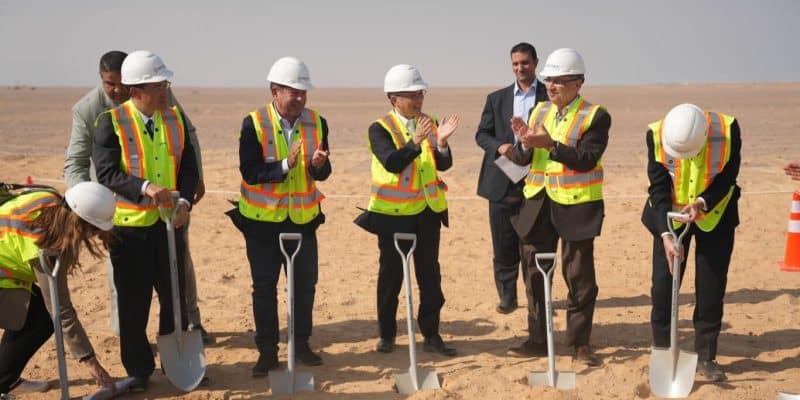 A consortium of independent power producer (IPP) Engie, Orascom Construction, Toyota Tsusho Corporation and Eurus Energy is laying the foundation stone for a 500 MW wind farm in the Gulf of Suez in Egypt. The project is being implemented under a public-private partnership (PPP).

The groundbreaking ceremony for the wind farm was recently held in the presence of Mohamed Shaker El-Markabi, Egypt’s Minister of Electricity and Renewable Energy. The project, which is now entering the construction phase, involves the installation of wind turbines in Ras Ghareb with a total capacity of 500 MW. It is the largest wind farm under construction in the Gulf of Suez in Egypt.

The project is being implemented under a Build-Own-Operate (BOO) contract, a form of public-private partnership (PPP) involving the French independent power producer (IPP) Engie, the Japanese Eurus Energy, the Egyptian company Orascom Construction and the Japanese investor Toyota Tsusho Corporation. The park is being built in the wake of a first successful project in the Gulf of Suez by the same consortium. The 262.5 MW park was inaugurated at the end of 2019.

The plant is now operated by Red Sea Wind Energy. The special purpose company is also responsible for the construction and will operate the future 500 MW wind farm. Orascom, which has a 25% stake in the project, estimates that construction will take 30 months. The electricity generated will be sold to the state-owned Egyptian Electricity Transmission Company (EETC) under a 20-year power purchase agreement (PPA).

“We are proud to participate in advancing Egypt’s efforts towards a more sustainable future, while strengthening our position as a leading player in the field of renewable energy in Egypt,” Engie reacted on social networks. According to Orascom, the 500 MW wind farm will be able to power 800,000 Egyptian homes. The production of this clean energy will offset the emissions of 1,000,000 tons of CO2 equivalent per year.