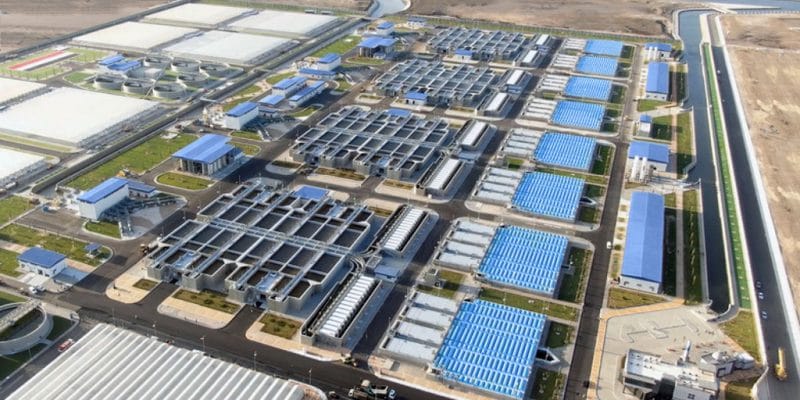 A new plant treats wastewater in Bahr El-Baqar, in the Sinai, east of the Suez Canal in Egypt. The plant, inaugurated by Egyptian President Abdel Fattah El Sisi, will provide water for the irrigation of more than 168,000 hectares of plantations in Sinai.

Like desalination, the reuse of wastewater has become essential to cope with water stress in Egypt. The locality of Bahr El-Baqar, in the Sinai Peninsula, east of the Suez Canal, now has a wastewater treatment plant. The plant was inaugurated on September 27th, 2021 by the President of the Republic of Egypt, Abdel Fattah El Sisi.

The Egyptian companies, Arab Contractors (Arabco) and Orascom Construction built the Bahr El-Baqar wastewater treatment plant. The companies were selected by the National Authority for Drinking Water and Sanitary Drainage (Nopwasd) through a competitive bidding process. The new facility has a production capacity of 5.6 million m3 per day, making it one of the largest wastewater treatment plants in operation in the world. The plant is also listed in the Guinness Book of World Records (2021), a reference book published once a year that lists a collection of internationally recognized world records.

Reuse of treated wastewater for irrigation in Sinai

The plant collects domestic, industrial and agricultural wastewater that flows along the Bahr al-Baqar Drain, which meanders 106 km from Dakahlia Governorate to Sharqia and from Ismailia Governorate to Port Said Governorate. The effluent then passes through four treatment lines of 1,250,000 m3 each per day before being made available to farmers for irrigation.

The Egyptian government estimates that the treated wastewater from the Bahr El-Baqar treatment plant will irrigate more than 168,000 hectares of plantations in the Sinai Peninsula. This infrastructure will play an important role in restoring agricultural land east of the Suez Canal in the face of dwindling Nile resources. Egypt has barely 60 billion cubic meters of water, of which 55.5 billion cubic meters comes from the Nile and half a billion cubic meters of non-renewable groundwater spread over several parts of the desert.

The construction of the Bahr El-Baqar wastewater treatment plant cost 20 billion Egyptian pounds, about $1.3 billion. This project is part of the Egyptian government’s national strategy to preserve the dwindling freshwater resources in the land of the pharaohs.