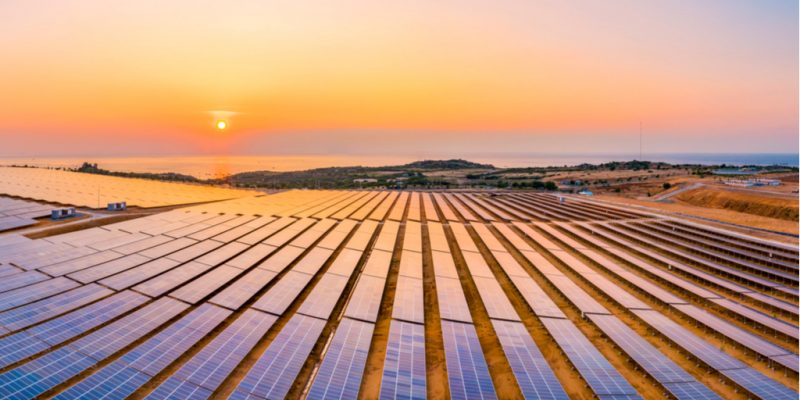 The Egyptian Electricity Utilities Regulatory and Consumer Protection Agency (EgyptERA) has given its approval for the construction of a 7.5 MWp solar photovoltaic power plant that will power the Arabian Cement Company's facilities in the governorate of Suez.

Good news for Arabian Cement Company. Its project to install a solar photovoltaic system for its cement plant in the governorate of Suez has just been approved by the Egyptian Electricity Utilities and Consumer Protection Regulatory Agency (EgyptERA).

More than a year ago, the company, which supplies almost 6% of Egypt’s cement, signed an agreement with SolarizEgypt. The agreement was for the construction of a solar photovoltaic power plant for the Arabian Cement Company’s facilities in the governorate of Suez in Egypt. The plant to be built under a BOOT (Build Own Operate Transfer) will have a capacity of 7.2 MWp, occupying an area of 96,000 m².

SolarizEgypt, acting as an Independent Power Producer (IPP), will sell the output of the solar power plant to Arabian Cement Company. The cement company estimates that the 7.5 MWp supplied by this project represents 4% of the electricity consumed by its facilities. The project will also enable Arabian Cement Company to reduce the environmental impact of its facilities.

The cement company sees the initiative as part of the Egyptian government’s strategy to achieve 20% of the country’s electricity supply from renewable sources by the end of 2020. The construction of the solar power plant for the Arabian Cement Company’s cement plant will require an investment of 100 million Egyptian pounds, or $6.3 million.

The financing will be provided by Qatar National Bank under the European Bank for Reconstruction and Development (EBRD) Green Economy Facility, of which SolarizEgypt is a beneficiary. The Cairo-based company will operate the 7.2 MWp solar power plant over a period of 25 years.