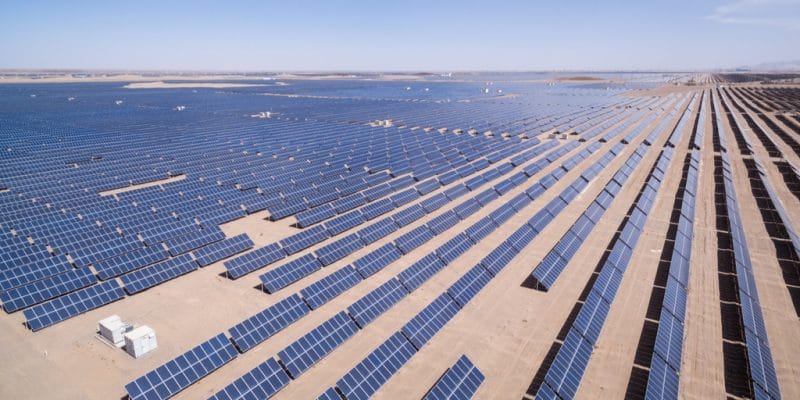 The production capacity of the Benban solar photovoltaic complex is increasing by 130 MW. This is thanks to the commissioning of two new solar power plants. They belong to EDF Renouvelables, a subsidiary of the giant Electricité de France (EDF), and to the Egyptian company Elsewedy Electric. The two independent power producers (IPPs) had won the contract to build these two facilities during the second phase of the Egyptian government’s national feed-in tariff programme.

This programme is part of the authorities’ strategy to produce 20% of the country’s electricity from renewable sources by 2020. The two renewable EDF and Elsewedy Electric solar power plants are capable of supplying 65 MWp each. The electricity produced by the two facilities is sold to the Egyptian Electricity Transmission Company (EETC) under a 25-year power purchase agreement (PPA).

The financing of two development partners

EDF Renewables and Elsewedy Electric built these two solar power plants using loans from the European Bank for Reconstruction and Development (EBRD) and Proparco, the subsidiary of the French Development Agency (AFD) responsible for financing the private sector. The delivery of the two installations marks a further step towards the full commissioning of the Benban solar complex located in the governorate of Aswan. Last week, it was the French company Voltalia that connected a 32 MWp solar park in Benban. It will provide 1,800 MW of electricity to the electricity grid in Egypt.

The success of this project is above all a boon for EDF Renewables. “Through these new installations in Egypt, EDF Renewables is strengthening its positions in the North African solar market…. The company already has 180 MWp of installed photovoltaic capacity and 800 MW to be built in the region as part of the innovative hybrid solar project Noor Midelt I, a contract won in Morocco last May,” explains the firm, which employs over 3,100 people around the world.