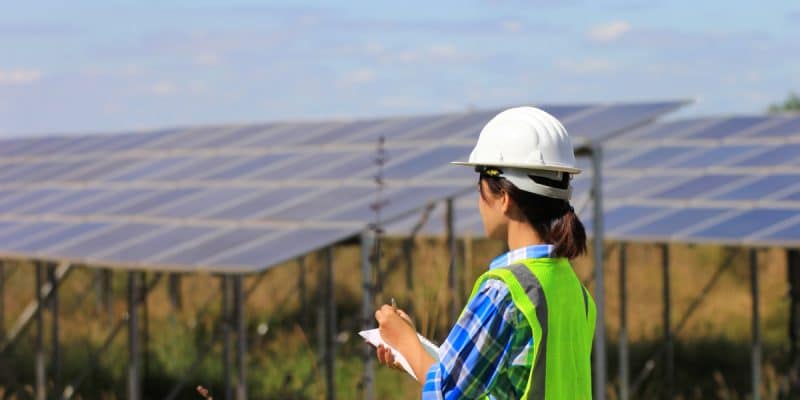 The European Bank for Reconstruction and Development (EBRD) has recently launched a programme to overcome the obstacles to the economic inclusion of Egyptian women in the renewable energy sector.

Women will now have a say in the production of renewable energy in Egypt. This is the intention behind the establishment of the Programme to Support Renewable Energy and Promote Gender Equality in Egypt, launched on March 6, 2019 in Cairo, by the European Bank for Reconstruction and Development (EBRD).

The programme is part of the $7 million Egypt-EBRD Joint Technical Cooperation Initiative, co-financed by the EBRD and the Green Climate Fund. Its objective is to strengthen renewable energy integration, policies and planning to help the country achieve its target of 20% renewable energy production by 2022 and 42% by 2035.

A priority in Egypt-EBRD cooperation

With more than 97 million inhabitants in 2018, Egypt is the third most populous country in Africa after Nigeria and Ethiopia. The Egyptian population, whose annual growth rate (2.3%) is the fastest in the world, is facing a rapid increase in energy demand in recent years. To meet this need, Egypt and the EBRD have identified strengthening the country’s renewable energy production capacity as a strategic priority.

As fast-growing markets offer many opportunities for innovation and entrepreneurship, the EBRD’s programme will focus in particular on examining the impact of new renewable energy projects on small and medium-sized enterprises run by women. This will include recommendations on how to facilitate an increase in the number of successful small businesses run by women in the sector.

Women’s rights activists, economists and energy experts welcomed the bank’s programme, saying it would encourage Egyptian women entrepreneurs on the ground and include them in Egypt’s strategy to achieve energy self-sufficiency.