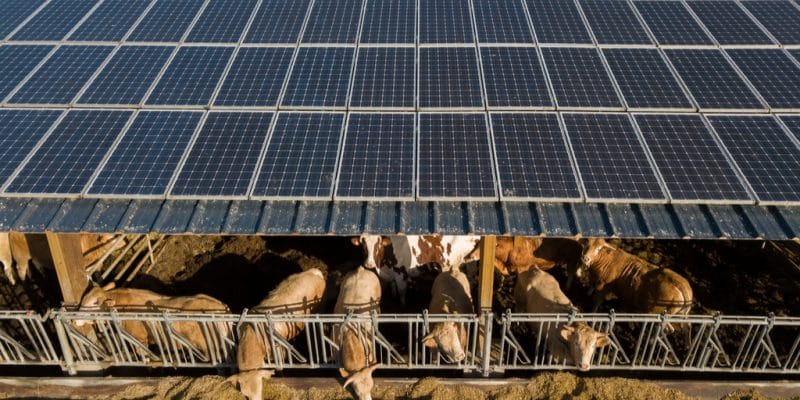 The European Bank for Reconstruction and Development (EBRD) is approving a $4.2m loan for Taqa PV for Solar Energy, Taqa Arabia's renewable energy subsidiary. The financing will be used to build a solar power plant to supply the Dina farm belonging to the Qalaa Holdings group.

Dina’s dairy farm will soon green part of its production process thanks to a solar photovoltaic plant. The project is being developed by Taqa PV for Solar Energy, which has just received a $4.2 million loan from the European Bank for Reconstruction and Development (EBRD). Located 80 km from Cairo, in the Beheira governorate, Dina’s farm is one of the largest dairy production facilities on the African continent with diversified activities such as agriculture, livestock breeding, dairy product manufacturing and an agricultural retail shop.

In fact, as part of its $24.4 million investment plan launched in 2019, the farm plans to increase its herd by more than 17,000 cattle. This means that the 6 MWp solar power plant that will be built on the farm will provide only part of the electricity needs of its 10,000-hectare facility.

Taqa will sell the output of the on-farm solar power plant under a power purchase agreement (PPA). “The plant is the first private-to-private renewable energy project financed by the EBRD in Egypt, involving the direct supply of electricity from a private producer to a private buyer through a PPA,” explains the London-based UK-based financial institution.

According to the bank, which is very active in Egypt’s power sector, its investment in the Taqa solar project will contribute to Egypt’s ongoing energy transition by supporting the growth of renewable energy. The Egyptian government has set itself the target of having 20% of the country’s electricity generation capacity from renewable sources by 2022 and 42% by 2035.