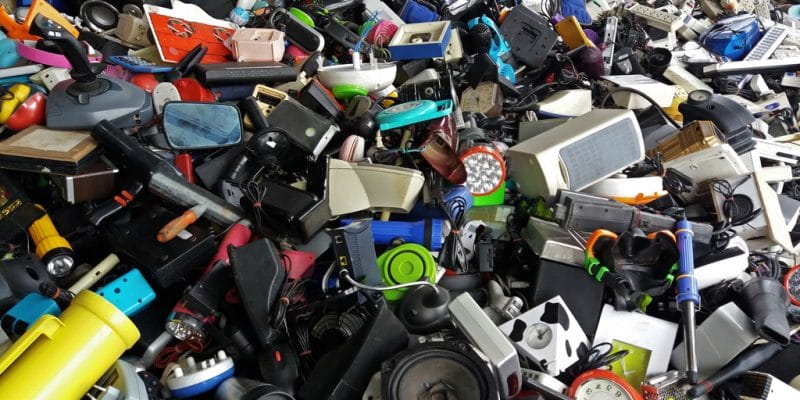 Egypt is embarking on electronic waste recycling. The North African country produces a significant amount of such waste every year and also receives waste from outside the country. Processing electronic waste is proving to be a boon to its economy and the environment.

Mobile phones, computers, tablets and other electronic devices have invaded Egypt, and the expansion of the Internet is further intensifying the trend (more than half of the world’s population uses the Internet). These high-tech gadgets, which make life easier, however, become a serious problem when they end up in the dustbin. The amount of electronic waste is constantly increasing while the lifespan of equipment is shortening. Changes in technology are driving the introduction of ever newer versions of these electronic products. And those that are no longer used are found in the environment. Egypt, like other African countries, has become a dumping ground for electronic waste. Especially since the country also produces some. In the latest report of the Global E-waste Monitor, statistics are self-evident: of the 44.4 million tonnes of electronic waste produced in 2017, Egypt alone hosted 0.5 million, or more than 11%. Worldwide, only 15 to 20% of the waste is recycled. In North Africa or the Middle East, this figure drops to 5%. and the rest is redirected to landfills. In a report published in 2017 by the International Telecommunication Union, it is reported that the world has generated about 44.7 million tonnes of electronic waste.

Egypt wants to restore its waste and benefit from it

Electronic waste contains heavy metals and other toxic substances. These include lead, arsenic, mercury… These elements are toxic to groundwater and soil. They therefore constitute a permanent danger to the environment and health. However, these materials also contain precious metals such as gold, silver, as well as glass, plastic and ceramics, which can be reused to produce other objects.

Several local actors such as Recyclobekia are working to bring waste back to life. The company was launched by Mostafa Hemdan in 2011. Today, it employs more than 20 people and sells $2.4 million worth of electronic waste per year. Cairo alone has four companies that recycle electronic waste. Their main challenge is to collect enough waste to be recycled. Although Egypt produces large quantities of e-waste, most of it is processed by the informal sector.

The fact that workers are not trained in the proper management of electronic waste is deplored on the field. Since 2016, the Egyptian government, in partnership with the Swiss company Sustainable Recycling Industries (SRI), has been developing and implementing waste treatment standards in Egypt. One of these standards requires that, at government auctions, electronic waste should be separated from other waste before being sold by tonne. In addition, sales participants must be systematically notified in order to ensure that electronic waste is treated in strict compliance with ecological standards.