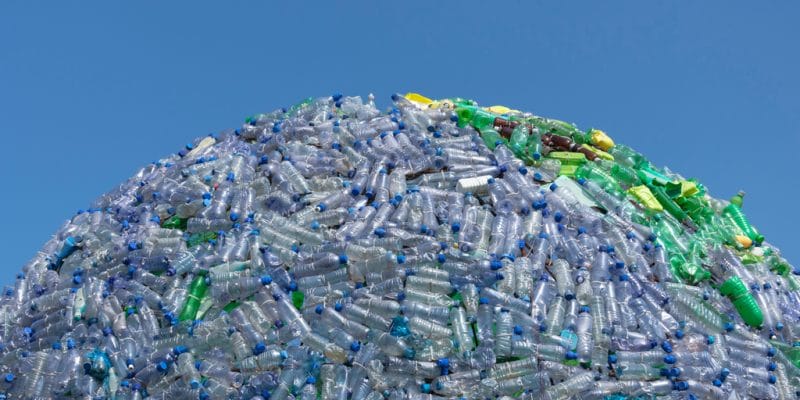 Faced with the lack of waste sorting and recycling infrastructure in Egypt, the start-up Dawarha is launching a technological solution called "RVM" to encourage people to manage waste sustainably in this North African country where the soil and the sea pay the price of plastic pollution.

With its 102 million inhabitants, Egypt generates 5.4 million tons of waste per year. In this context, the start-up Dawarha develops and manufactures reverse vending machines (RVM) using artificial intelligence (AI) to reward consumers for depositing single-use plastic bottles or cans. The app-powered device allows the start-up to collect an average of 15,000 bottles per month from people in Cairo.

“Once the RVM accepts a plastic bottle or can, customers receive a reward in the form of new water bottles, coupons that can be used in local stores. We currently have three dark stores (spaces that serve as micro fulfilment centers) for the waste collection and sorting processes. The collected items are then dropped off at a recycling centre,” explains Justina Adel, co-founder of Dawarha.

The start-up is collaborating with several companies involved in the fight against pollution such as Swiss multinational Nestlé, American soft drink giant Coca-Cola and French supermarket chain Carrefour, especially with the aim of expanding its scheme to all governorates in Egypt. To facilitate this expansion, Dawarha has raised $1.5 million from a group of investors to acquire and deploy 200 reverse vending machines by 2023.

This joins Plastic Bank’s initiative to combat ocean pollution around the world. The Vancouver, Canada-based Company plans to collect 5,000 tons of plastic waste annually in Egypt by 2023, including the creation of new collection centers in the provinces of Alexandria, Assiut, Kafr el-Sheikh and Menoufeya, where individuals will be able to exchange their plastic waste for money, goods or digital services.