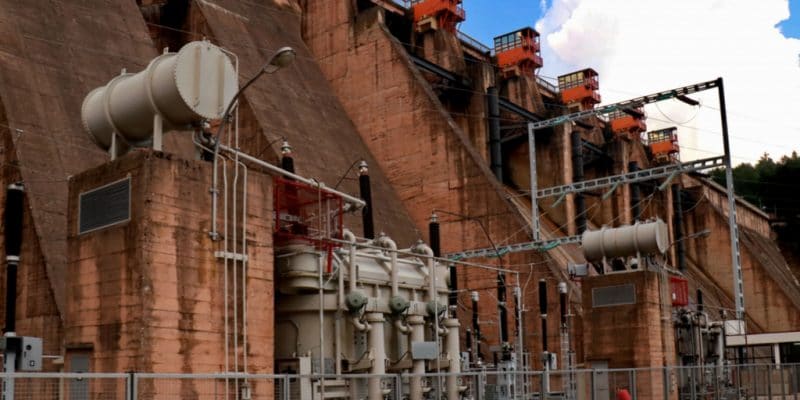 The Egyptian Ministry of Electricity recently began negotiations with Sinohydro, a Chinese company renowned in Africa for building hydroelectric dams. The discussions focus on the construction and financing of the future large Ataqa pumped storage hydroelectric power plant, with a capacity of 2,400 MW. The French Artélia and the Swiss AF Consult could invite themselves to the table of the Chinese giant.

Negotiations are once again opening between the Ministry of Electricity and the Chinese company Sinohydro over the Ataqa mega hydroelectric project in the Suez Gulf in eastern Egypt. The particularity of this hydroelectric project is that it will not be a question of building a dam on a river, but a reversible power plant. Actually, water is pumped to run the turbines, a technique for storing electrical energy (see below). The other particularity of this Egyptian project is its very high capacity to restore stored electrical energy: 2,400 MW.

The Egyptian authorities have already concluded an agreement with Exim Bank of China. The financial institution should assume, with the government, the $2.4 billion investment required to build such infrastructure. Projects financed by this bank are usually entrusted exclusively to a Chinese company, Sinohydro but the Egyptian authorities have decided to involve other partners, causing some disagreement with Sinohydro.

Negotiations in Cairo will seal the agreement for the construction of the Ataqa pumped storage hydroelectric power plant. They will cover the general terms and conditions of the contract. The Egyptian authorities want the French company Artelia and the Swiss company AF Consult to be integrated into the project as consultants. The task of this consortium should be to assess the technical and financial feasibility as well as the monitoring of the works until the completion of the contract with Sinohydro. The Chinese company has already been designated as EPC (to handle the engineering, procurement and construction contract) and financial contractor.

On the financial side, the Egyptian Electricity Holding Company (EEHC) is seeking a reduction in construction costs to $100 million and a repayment term of 20 years at an interest rate of 0.5%. It is certainly at the end of the negotiations that further details will be available on the project, including the number of turbogenerators that will be installed in the plant and the specific nature of the civil engineering work that will be carried out.

According to Artelia, the Ataqa pumped storage hydroelectric power plant will strengthen the Egyptian authorities’ national strategy to diversify the country’s energy sources. The Lyon-based company in eastern France believes that the project will also improve the ability to meet the growing demand for electricity in the region. The country of the Pharaohs will benefit from energy produced from new and renewable sources which can then be stored for later consumption.

We also learn that Hydro Power Plants Executive Authority, which is developing this project, has already received safety and environmental approvals. Construction of the Ataqa power plant is expected to take seven years, with an expected completion date of 2024.

What is a reversible hydroelectric power plant?

A reversible hydroelectric power plant (pumping or turbining) is used to transfer water between two basins at different altitudes. When the grid provides excess electricity (off-peak or peak production), the water from the lower basin is pumped into the upper basin. Under the effect of gravity, this body of water represents a future electricity production capacity. When the network suffers from a lack of electricity production, the water circulation is reversed. The pump then becomes a turbine and releases the energy previously accumulated. The operation generates losses between 15% and 30%, but allows unused energy to be stored.                   JMT