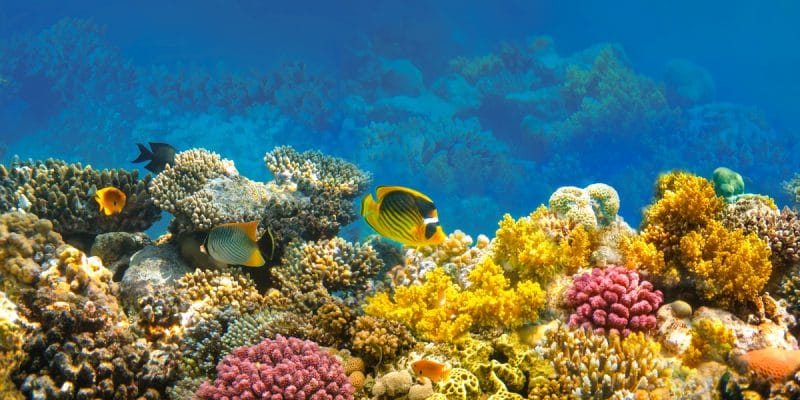 A study presented on the side-lines of the 26th United Nations Climate Change Conference says Egypt's coral reef tourism could lose more than 90% of its revenue due to climate change. The sector brings in about $7 billion in annual revenue for Egypt, 86% of which comes from coral reef tourism alone.

Coral reef tourism revenues in Egypt could fall drastically due to global warming. In a report released on the side-lines of the United Nations climate talks, scientists warn that Egypt could lose more than 90 percent of its coral reef tourism revenue by 2100. Coral reefs are fragile ecosystems threatened with extinction around the world due to climate change, storms, pollution and overfishing.

“Although the situation of coral reefs in Egypt is not the worst among the list of countries affected by rising temperatures in the world, it is believed that it will be severely affected in terms of economy, as Egypt ranks first in the world in terms of countries with the highest values of tourism related to coral reefs, “said Khaled Allam, an expert of the project to strengthen the organization and management of Egyptian nature reserves, author of the study.

According to the study, coral reefs live and thrive at temperatures between 25°C and 40°C, and if the temperature exceeds this limit, the reefs bleach and eventually die.

The impact of human activities

Human activities also have a negative impact on the development of coral reefs in the Red Sea. These include illegal and destructive fishing methods, unsustainable coastal and land-based developments that cause encroachment and pollution in coral reef areas, and tourism overcapacity (i.e., too many tourists at one site).

The rich and diverse ecosystem of the Red Sea coral reefs in Egypt does indeed offer significant tourism benefits to this North African country. These labyrinths of red, yellow or green corals (209 varieties in Egypt alone), where more than 1,000 species of colourful fish nest, attract divers from all over the world. Water sports enthusiasts enjoy diving, snorkelling and glass-bottom boat tours. These activities bring Egypt about $7 billion in annual revenues, 86% of which comes from coral reef tourism alone.