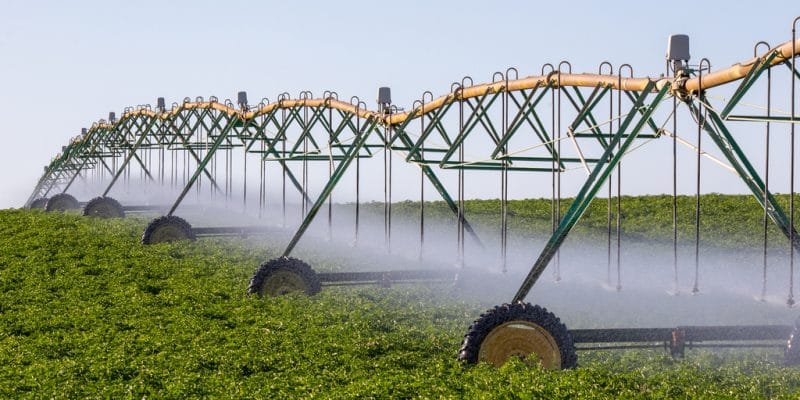 The Central Bank of Egypt (CBE) is providing a loan of 3 billion Egyptian pounds (over $162 million) to the Agricultural Bank of Egypt (ABE). With this financing, the ABE will support modern irrigation projects in the governorates of Beni Suef and Qaliubiya in Egypt.

These two governorates have been selected for a modern irrigation pilot project in the land of the pharaohs. The initiative aims to rationalise the use of water resources by replacing flood or submersion irrigation with drip, bubble, spray or mist irrigation. By upgrading the irrigation systems in Beni Suef and Qaliubiya, the frequency of depletion of freshwater resources will be significantly reduced. In addition, the persistent water stress faced by Egypt will be better distributed.

In addition to the acquisition of modern irrigation systems by farmers in the affected governorates, the EBA funding will be used to build farmers’ capacity to better use the new irrigation equipment.

The CBE loan will be repaid over 10 years. It comes several months after the Egyptian financial institution and its partner, EBA, decided to mobilise 55.5 billion Egyptian pounds (about $3.5 billion) to replace flood irrigation systems on nearly 1.7 million hectares of plantations in Egypt with modern devices. This latest initiative is part of the Egyptian Ministry of Water Resources and Irrigation’s policy to cover 1.554 million hectares of plantations with modern, more water-efficient irrigation systems within three years. The decline in the flow of the Nile is partly to blame for this policy.