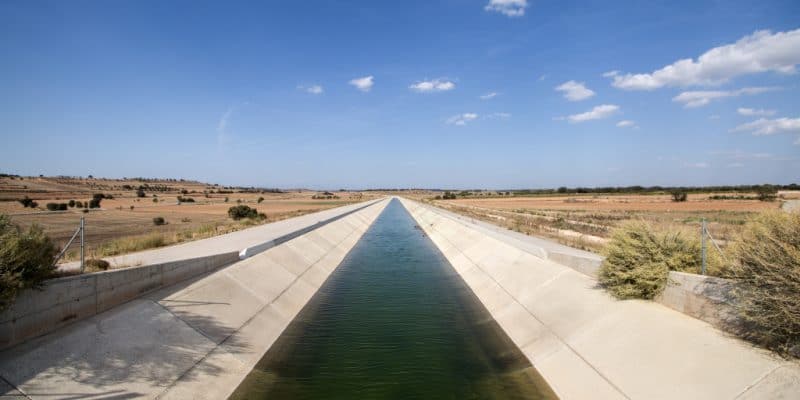 The Central Bank of Egypt (CBE) is announcing an ambitious plan to mobilize 55.5 billion Egyptian pounds ($3.5 billion) for the modernization of irrigation systems in Egypt. The funds mobilized in partnership with the Agricultural Bank of Egypt (ABE) will be used to finance agricultural cooperative societies or credit institutions in the country.

The Central Bank of Egypt (CBE) and the Agricultural Bank of Egypt (ABE) are supporting the modernization of the country’s operational irrigation systems. The two financial institutions propose to finance innovative projects that will lead to the replacement of flood and submergence irrigation systems on nearly 1.7 million hectares of plantations with modern devices (drip, bubble and mist spray).

The CBE and ABE will mobilize 55.5 billion Egyptian pounds (about $3.5 billion) for this operation, which involves only agricultural companies and cooperatives.

Rationalizing water resources in the face of water stress

The loan granted under this operation is to be repaid over 10 years, without interest, provided that the first instalment is paid one year after the completion of the implementation and full transformation of the targeted irrigation systems. The benefits of this approach to Egypt are manifold. By modernizing the irrigation systems in this North African country, the rate of depletion of freshwater resources will be significantly slowed. This is in addition to a better allocation of resources in the face of the persistent water stress Egypt is facing. In August 2019, the Egyptian government decided to amend the 53/1966 law on agriculture. From now on, restrictions are imposed on the cultivation of rice, sugarcane, banana and all crops with high water content.

The operation launched by CBE is part of the Egyptian Ministry of Water Resources and Irrigation’s policy to cover 1.554 million hectares of plantations with modern, less water-consuming irrigation systems within 3 years. The decline in the flow of the Nile is partly behind this new policy. According to the Egyptian government, the amount of rainwater entering the Nile from the Ethiopian mountain ranges is below seasonal standards. As a result, the river’s flow will decrease by 5 billion m3. This shortfall represents 10% of Egypt’s share of the Nile’s water, which amounts to 55.5 billion m3, as established in a 1959 convention allocating Nile water rights.