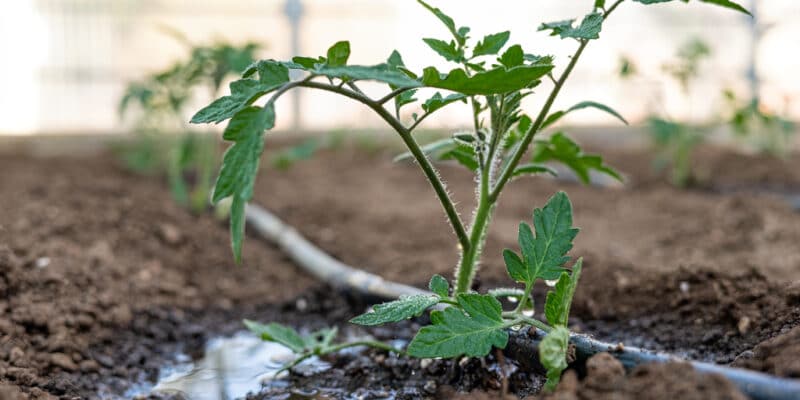 As a law imposing charges on water for irrigation is being considered in Egypt, the government is unveiling a new strategy to deal with water stress. The authorities plan to reduce water-intensive crops to preserve the Nile.

Egypt depends on the Nile for 85% of its water needs. Rice cultivation alone consumes more than 10 billion cubic metres of water each year, “more than one-sixth of the resource provided by the blue river in the North African country”, said Khaled Ghanem, professor of organic agriculture at Al-Azhar University in Egypt, in an article published by the organisation SciDev.Net in 2017. Other water-intensive crops in Egypt include sugar cane and bananas.

In the agriculture sector, the government plans to promote water-efficient crops (fruits, vegetables, etc.) over water-intensive crops such as rice, which was grown on more than 445,154 hectares in 2019 in Egypt. In addition to the rationalisation of the Nile water, whose flow is clearly decreasing, the new strategy of the Egyptian government will also allow small farmers to cope with water stress. This phenomenon, which is gradually taking hold, is caused by climate change.

The development of water-efficient crops supports other measures taken by the government to preserve surface water resources that are being depleted by the country’s development and population growth. In August 2019, the Egyptian government inaugurated 1,300 agricultural greenhouses. These semi-open plastic or glass structures were installed at the Mohamed Naguib military base near the northern Egyptian port city of Alexandria. The productivity of the 1,300 greenhouses, which consume less water, is estimated at 184,000 tonnes per year. The Egyptian authorities plan to install up to 100,000 greenhouses in the country.

In Egypt, the government is investing in alternative solutions such as desalination of sea water and reuse of treated wastewater to reduce pressure on ground and surface water resources.