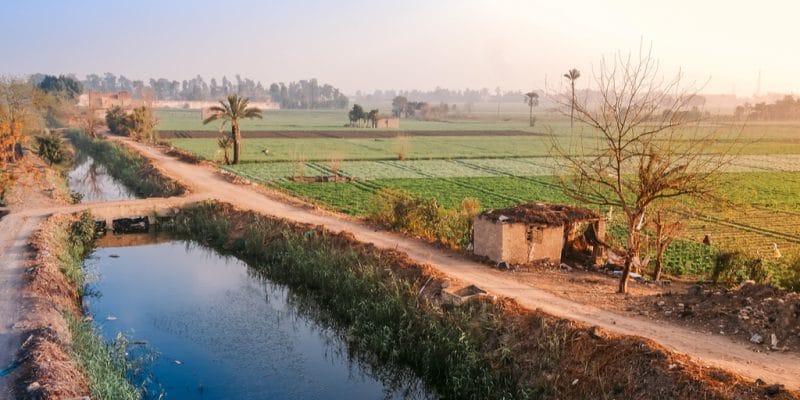 The Egyptian government recently signed an agreement with the European Union for better water management. The Egyptian authorities see the partnership as a way to end the country's water crisis.

Egypt is thirsty. According to the government, the country has a deficit of 20 billion m3 of water. To address this situation, Cairo wants to optimise existing resources through an emergency plan that extends until 2021. The latter includes measures to increase efficiency in water use, reuse of waste water after treatment in sewage treatment plants, and the extension of seawater desalination in coastal cities. The authorities are also seeking to reduce water-intensive crops such as rice.

To accelerate the implementation of this ambition, the Minister of Water Resources and Irrigation, Mohamed Abdel Aty, signed an agreement with the European Union (EU) that provides for cooperation under the National Plan for Water and Irrigation until 2037 as well as on some projects using modern irrigation and water treatment systems in drainage systems.

The EU also intends to support the Ministry of Water Resources and Irrigation in achieving water security objectives by strengthening the capacity of central government and local staff as well as stakeholders to better manage infrastructure and water systems. The project also includes several awareness campaigns, technical studies on integrated water resources management by improving water use efficiency and reducing losses, reusing treated wastewater and protecting public health and the environment.

Some details about the project

“Water scarcity in Egypt is a challenge that requires rapid action to rationalise consumption, develop modern irrigation systems and minimise losses,” said Sandra De Waele, Head of Mission of the European Union Delegation in Egypt. She said that the EU-led projects will involve 12 governorates across the country, representing 11.5 million people. Within this framework, the European Union will invest €4.3 million over a period of 30 months.