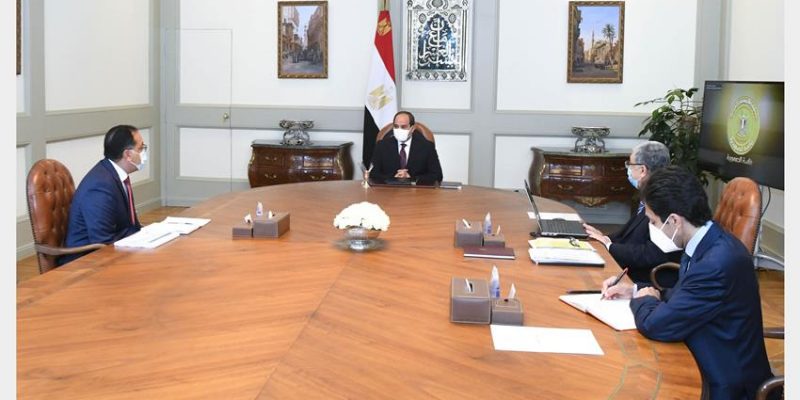 The Egyptian authorities have given the green light for the use of an $18 million loan from the Kuwait Fund for Arab Economic Development (KFAED) for the construction of two desalination plants in the North Sinai governorate.

The $18 million loan recently approved by Egyptian President Abdel Fattah al-Sissi is intended for the construction of seawater desalination plants to supply drinking water to two new towns in the North Sinai governorate. The Egyptian government wants to build a desalination plant in Rafah, a city that Cairo decided to raze in 2015 to build a new one to extend a security buffer between Egypt and the Gaza Strip.

This real estate project is highly strategic, as Rafah is the only crossing point between Egypt and the Palestinian enclave. The desalination plant under construction in Kilo 17 area west of the provincial capital (North Sinai) Al-Arish will have a capacity of 100,000 m3 in the first phase, at an investment of $97 million. The second phase of the project will increase the plant’s capacity to 300,000 m3 per day, making it one of the largest desalination plants in Africa.

A desalination plant for Bir al-Abed

The Kuwait Fund for Arab Economic Development (KFAED) loan is also for the construction of a seawater desalination plant for the new town of Bir al-Abed. This other large-scale real estate project has the same objective as that of Rafah. Bir al-Abed will cover nearly 79,000 hectares on the Mediterranean Sea. The city will consist of 5,000 residential units, green areas, an 82-bed hospital and other facilities providing essential services to its residents.

The city is expected to accommodate around 92,000 inhabitants. This is a major investment for the Egyptian government, which is opposed to development in the face of terrorism in Sinai. The peninsula was the birthplace of the jihadist terrorist group Ansar Bait al-Maqdis, which pledged allegiance to the Islamic State organisation before renaming itself “Sinai Province” in 2015.

According to a report released in 2020, the Egyptian government has invested 600 billion pounds ($38.2 billion) in Sinai’s development since 2014. The military presence in the peninsula is equally important.