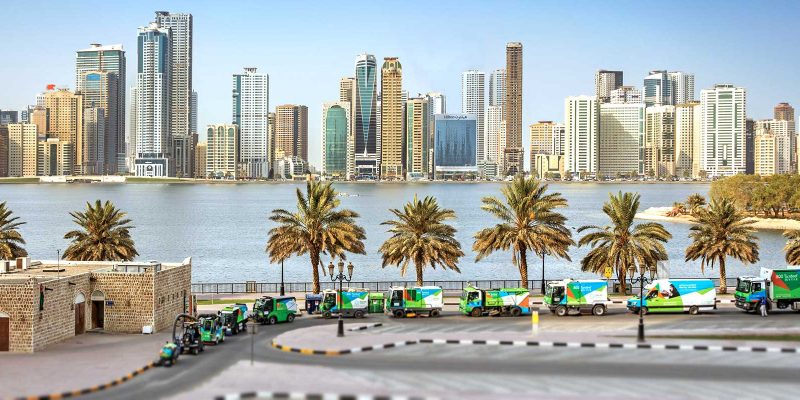 Bee'ah, an Emirati company specialising in waste management, has recently been appointed by the Egyptian authorities to manage the waste of the new administrative capital (NAC), which is currently under construction.

The Egyptian military complex is advancing in the development of Egypt’s new administrative capital (NAC). Following a call for tenders, the authorities chose Bee’ah to implement the waste management of this new city under construction 45 km from Cairo, the current headquarters of the institutions. Based in Sharjah, United Arab Emirates, Bee’ah specialises in environmental management with significant assets in waste management.

This activity will be very important within NAC, which will accommodate up to 6.5 million people in at least 21 residential areas. “To achieve an 80% waste treatment rate in the city, we have designed an integrated approach to environmental management in order to develop a circular economy that would not require landfills,” Bee’ah promises.

The company says it will put the population of new administrative capital at the centre of its strategy through education and awareness campaigns. It will also launch behavioural-based reward programmes that encourage recycling. The ambition of the military complex is to achieve a Green City (NAC) with many green spaces and buildings powered by electricity generated from mini solar photovoltaic power plants. The NAC is also intended to be a smart city. Bee’ah had to comply with this technological requirement.

The company, which employs 6,000 people, plans to develop a mobile application on which residents can access information and benefit from all services related to waste management. For the moment, it is impossible to say whether new administrative capital will have a waste recycling plant. Much of this waste will be incinerated to produce electricity. Concessions have been granted to companies for the construction of the plants that will achieve this goal. This is the case of Fas Energy. The Saudi company plans to invest up to $300 million in the construction of incinerators that will handle the waste generated in the new cities under construction in Upper Egypt.