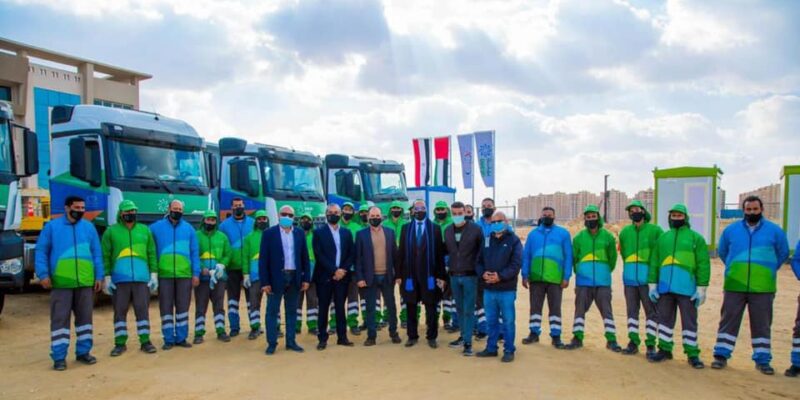 Bee'ah officially launched its activities in the New Administrative Capital (NAC) still under construction in Upper Egypt. The Emirati company specialising in waste management was chosen in January 2020 within the framework of a call for tenders launched by the Egyptian authorities.

Bee’ah enters the New Administrative Capital (NAC) still under construction in Upper Egypt. The Emirati company, which specialises in waste management, has just launched its activities in the new city, 45 km from Cairo. Bee’ah hopes to achieve a waste treatment rate of 80% in the NAC through an integrated approach to environmental management, thus promoting the development of a circular economy that would avoid the emergence of landfills.

The company, based in Sharjah, United Arab Emirates, will roll out its roadmap in several phases. In its first phase, the Bee’ah waste management project will benefit around 2 million inhabitants. “Hundreds of vehicles will be deployed for waste management, including electrical collection units, mobile pest control system, vacuum vehicles and rapid response vehicles,” says Khaled Al Huraimel, Bee’ah’s CEO.

Most of the waste collected will be incinerated to produce electricity. “Our site in Egypt includes a combustion plant for waste derivatives (fuels burned in boilers, adapted furnaces or in incineration plants, editor’s note) and a medical waste treatment plant. We are going to set up advanced waste management and recycling systems with more than 30,000 waste collection points,” says Khaled Al Huraimel, Bee’ah’s CEO. 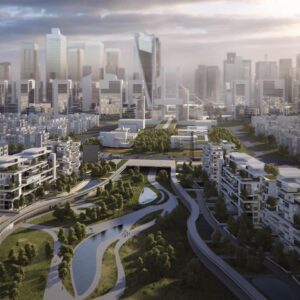 Bee’ah is launching its activities in the NAC, about 15 months after signing the contract (in January 2020) with the Egyptian military complex that is developing the Green City. It will eventually accommodate 6.5 million people in at least 21 residential areas. Bee’ah plans to involve all the populations of the new administrative capital in the waste management project, through awareness programmes.