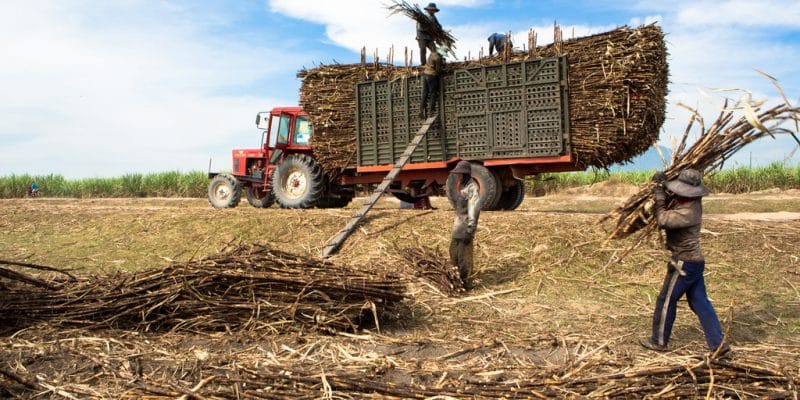 Baramoda, an Egyptian start-up, has developed a process to convert agricultural waste into organic fertiliser. It already has a factory, located in the governorate of Qena, which processes waste from sugar cane and sugar beet plantations.

How to boost plantation production while respecting nature? This is the challenge that the Egyptian start-up Baramoda is successfully meeting in the governorate of Qena, where it was founded a year ago. It offers solutions for transforming agricultural waste into organic fertilisers for various types of soil.

The local context allowed this start-up to flourish. In Egypt, Qena is the breeding ground for sugar production. Sugar, which is a product widely consumed by the Egyptian people, is obtained from sugar cane and sugar beet. The production process gives off a lot of waste since it only uses the juice from these agricultural products. Across the country, an estimated 38 million tonnes of waste is generated in plantations. Only 12% of these residues are recovered to date. A situation that favoured the birth of Baramoda.

Baramoda was launched by Mostafa Elnaby, Moussa Khalil and Mohammed Abu Zaid. In the governorate of Qena, the start-up has built a factory that produces organic fertiliser from waste from sugar cane and sugar beet plantations. The facility, which covers an area of 29,400 m², has already produced 5,000 tonnes of fertiliser, which can be used to fertilise more than 1,300 hectares of plantation.

To develop its technology, the young company recently received a $5 million investment from HIMangel, an investment fund specialising in start-up companies. If the fund has invested so much money in Baramoda, it is because the young company has enormous potential. According to our Egyptian Streets colleagues, Egypt is experiencing a shortage of both organic and chemical fertilisers.

This situation is expected to worsen in the coming years as the Egyptian government wants to increase agricultural production to meet the needs of its growing population. The recovery of agricultural waste could be the appropriate response to the fertiliser shortage. To avoid depleting natural resources, particularly water, the government has embarked on a major project to promote greenhouse agriculture, which it claims consumes less water.

Recently, Egyptian President Abdel Fattah Al-Sisi inaugurated 1,300 agricultural greenhouses in the northern port city of Alexandria. The ultimate goal is to develop these facilities on at least 100,000 hectares across the country.