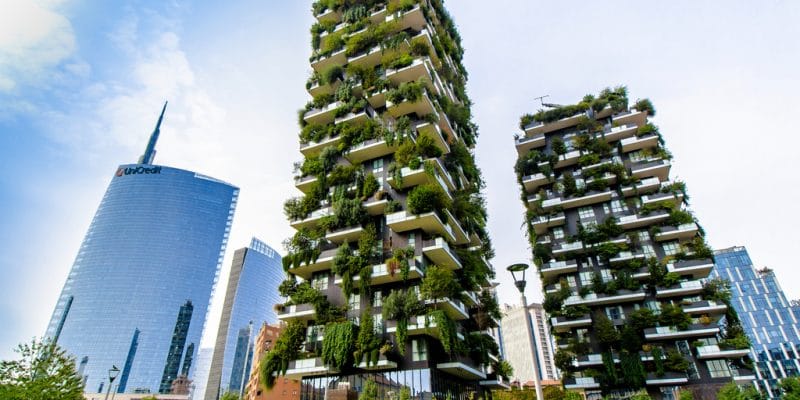 An agreement has recently been signed between the Egyptian real estate company Misr Italia Properties and the architecture firm Stefano Boeri Architetti. It will set up a "vertical forest" in the heart of Egypt's new administrative capital under construction near Cairo.

Egypt’s new administrative capital will soon have a “vertical forest”. It is a wooded skyscraper where dozens of chosen and positioned plants grow according to their wind resistance and their preferences in terms of light or humidity. This “vertical forest” will be designed and implemented by the famous Italian architect Stefano Boeri with his firm Stefano Boeri Architetti. An agreement to implement this project has been signed between the Italian architect and Misr Italia Properties, an Egyptian real estate company, which is involved in the construction of Egypt’s new administrative capital.

“We design the first Egyptian vertical forest in a unique and unprecedented way. It will mainly consist of three 30 m high buildings, perfectly combining nature and architecture. Surrounded by hundreds of green plants and trees on balconies and windows, vertical forests limit pollution in urban areas,” explains Stefano Boeri, CEO of Stefano Boeri Architetti. The company will work on this project with Egyptian designer Shimaa Shalash (as a local partner) and botanist and landscape designer Laura Gatti.

An investment of $181 million

The project will start in 2020 and is expected to be inaugurated in 2023. Part of the buildings, full of trees and plants, will be home to a five-star international luxury hotel chain. The other two apartment buildings will also be owned by the hotel chain. This project, which will occupy more than 4,000 hectares, will require an investment of 3 billion Egyptian pounds, representing $181.2 million.

Stefano Boeri has made a name for himself in the world of architecture, particularly with his project “bosco vertical”, a €2 billion investment integrated into an urban renewal project in the Porta Nuova district of Milan, Italy. Designed by Studio Boeri. These are two 80 m and 112 m high towers experimenting a new form of landscape integration of the building, often described by architects and the media as a “vertical forest”. The two towers were inaugurated in 2014.

Since then, his concept has spread in a world marked by urban pollution. In Egypt, Stefano Boeri’s project will “improve the real estate sector” and support the Egyptian government’s ecological ambitions in major projects such as the construction of the new capital in the desert, 45 km from Cairo. The city will accommodate at least 6.5 million people.