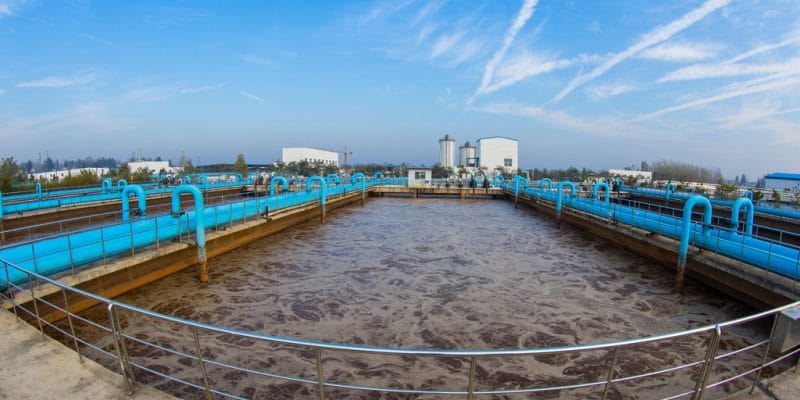 Arab Contractors and Orascom Construction have won a $739 million contract to build a wastewater treatment plant in Bahr Albaqar, a town near Port-Saïd in northeastern Egypt.

The Egyptian Armed Forces Engineering Authority has just awarded Arab Contractors and Orascom Construction the responsibility of building the Bahr Albaqar wastewater treatment plant, a locality located near Port-Saïd in northeast Egypt. The signing of this $739 million contract took place in the presence of Sahar Nasr, Minister of Investment and International Cooperation.

The wastewater treatment plant that Arab Contractors and Orascom Construction will build will have a daily capacity of 5 million m3. The Egyptian authorities present the future facility as one of the largest in the world. The treated water is intended for irrigation. The government estimates that it will be used to restore 138,600 hectares of plantation east of the Suez Canal. The construction of the Bahr Albaqar wastewater treatment plant is part of the Bahr Albaqar drainage project. The project is part of the Sinai Development Programme.

The construction of the Bahr Albaqar wastewater treatment plant will be financed through loans from the Arab Fund for Economic and Social Development ( FADES) and the Kuwait Fund for Arab Economic Development (“Kuwait Fund”). The stage of designating the companies in charge of building the infrastructure is only the culmination of a long process that began following the promise made by the authorities to build this facility.

In order to develop its agriculture, and in particular with the rise of cereal and citrus crops, Egypt has acquired a 106 km long drain that has been channelling agricultural waste water since 1914. Called Bahr al-Baqar, it originates from the Dakahlia governorate to Sharqia, and from the Ismailia governorate to the Port-Saïd governorate. The longest part is in the Sharqia governorate, further east of the Sinai.

In the 1970s, the region’s sewer and industrial water systems were connected to this drain. Some of this water flows directly into nature, more precisely into Lake Manzala. Covering an area of 180,000 km2, it is located in the Port-Saïd governorate. Its situation was the subject of a study by the ecological engineer Mamdouh Salem Seraj. The latter already noted in 2015 that “the drain is a threat, because it contains organic substances, fertilisers and pesticides that have a significant impact on the marine environment, causing an ecological imbalance”.

One more project for Orascom

The Egyptian authorities have therefore decided to build a water treatment plant near Lake Manzala. For Orascom Construction, it is the second contract signed in the space of a month for the construction of wastewater treatment infrastructure.

At the end of March 2019, the company, which employs more than 53,000 people worldwide, won a $28 million contract with the Emirate company Metito to build a wastewater treatment plant in New Alamein, a city under construction, 240 km northwest of Cairo, Egypt’s capital.