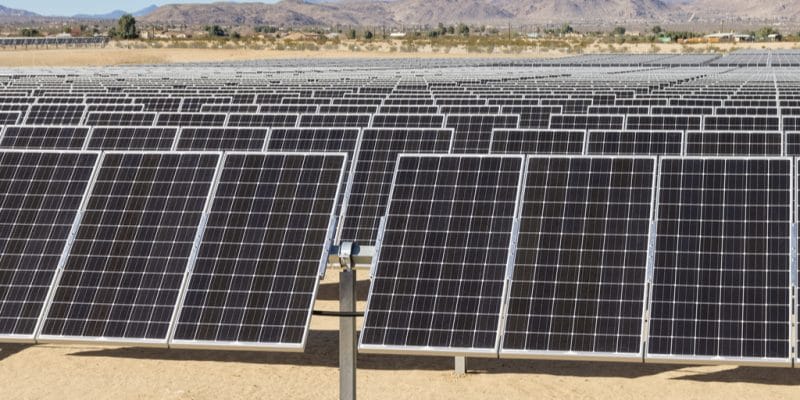 Amea Power, a company based in the United Arab Emirates, will build a photovoltaic solar power plant and a wind farm in Egypt. It has just completed negotiations with Egyptian Electricity Transmission Company (EETC) on the purchase of 700 MW of electricity.

Amea Power’s project to build a coal-fired power plant in Oyoun Moussa has been cancelled, but the Egyptian authorities have approved all of the company’s renewable energy projects. The Emirian company recently concluded two power purchase contracts (PPAs) with the Egyptian Electricity Transmission Company (EETC).

They concern two projects that Amea Power intends to carry out in two localities in Egypt for a total investment of 750 million dollars. First, it is a wind farm in Jabal Al-Zayt, in the town of Ras Ghareb in the Gulf of Suez. The project will be developed by Amunet Wind Power Company (AWPC), a subsidiary of Amea Power.

In Jabal Al-Zayt, Amea Power plans to build a wind farm capable of producing 500 MW. Government sources indicate that EETC will purchase the kWh of electricity produced by this project for 19 cents. The Emirian company is expected to invest a total of 550 million dollars in the implementation of this wind-power project in the Gulf of Suez.

Amea Power also plans to build a solar photovoltaic power plant in Kom Ombo, a locality in Upper Egypt. At this location, its subsidiary Abyodos Solar Power Company (ASPC) will be responsible for the installation of the facilities.

Another solar project has just entered its construction phase in this part of the Pharaohs’ country. Developed by Saudi independent power producer Acwa Power (IPP), the aim is to obtain a photovoltaic solar power plant with a capacity of 200 MWp.

Amea Power’s solar project will require an investment of $200 million for an expected capacity of 200 MWp. The electricity will be sold to EETC for 15 cents per kWh. The plants will be commissioned in 2021 for solar power and 2023 for wind power respectively. They will be able to provide electricity to 830,000 Egyptian households. Amea Power will operate the two plants over a period of 25 years for solar power and 20 years for wind power.