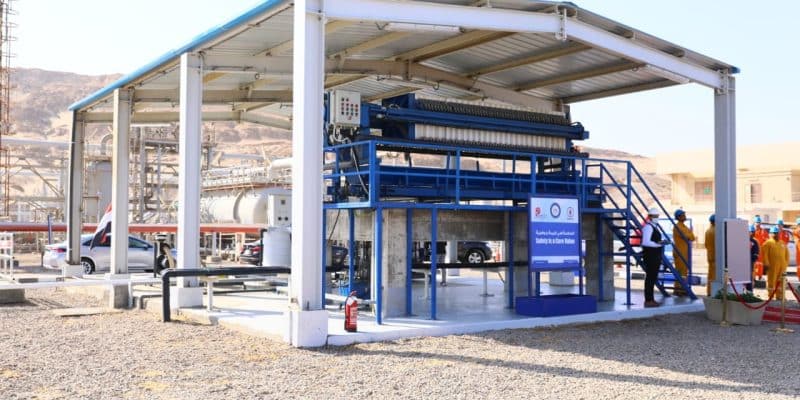 Since 2 January 2023, the Egyptian company Al-Amal Oil has been treating its wastewater with a new plant. The treatment plant was commissioned in the presence of Yasmine Fouad and Tariq Al-Mulla, respectively Minister of Environment and Minister of Petroleum and Minerals in Egypt.

Some of the wastewater discharged into the Gulf of Suez and the Red Sea from Egypt will be reduced. The Al-Amal Oil company, which specialises in drilling oil wells in the country of the pharaohs, has just acquired a treatment plant that will take care of its effluents since 2 January 2023. The plant was commissioned in the presence of Yasmine Fouad and Tariq Al-Mulla, respectively Minister of the Environment and Minister of Petroleum and Minerals in Egypt. According to the Egyptian authorities, this is an intelligent wastewater treatment plant, the first of its kind in Egypt.

“Unlike traditional processors, the smart processors used in this new plant are easy to operate and maintain. They are designed to achieve maximum efficiency and ensure the highest quality standards and climate tolerance depending on the plant site,” explains Yasmine Fouad, Egypt’s Minister of the Environment. The wastewater treatment equipment is installed in a container on a concrete base and also features modern technology based on an advanced triple treatment that includes physical, chemical and biological environment, as well as water filtering units.

Thus, thanks to this new plant, Al-Amal Oil Enterprise will avoid the discharge of 1,000 m3 of wastewater per day into the marine environment, thus preserving aquatic biodiversity. The acquisition of this equipment cost 8 million dollars.

In Egypt, several companies are increasingly treating their wastewater in order to preserve the environment. For example, the Egyptian company Quartet Textile, which specialises in the manufacture of textiles, will also treat its effluents from February 2023 thanks to a wastewater treatment plant currently under construction. This plant will have a capacity of 3,500 m3 per day. The treated wastewater will be returned to nature.