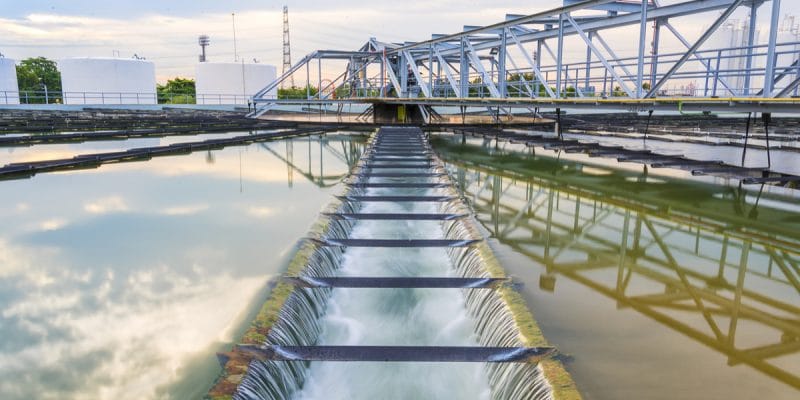 The extension works for the El-Gabal El-Asfar wastewater treatment plant in Cairo have been completed. The station is becoming the largest in Africa, with a capacity of about 2 million m3.

The El-Gabal El Asfar wastewater treatment plant, located east of Cairo, is now the largest in Africa. It is one of the results of the proposed expansion of this station, whose capacity was limited to 1.4 million cubic metres (m3). With an additional capacity of 500,000 m3, the station now offers a responsive service in a capital city of 9.7 million inhabitants, where the population growth rate is 1.9%.

“The increase in capacity of this wastewater treatment plant is necessary due to population growth. It will thus contribute to the improvement of the water and sanitation environment in the capital,” Egyptian President Abdel-Fattah El-Sisi said at the inauguration ceremony on Saturday, December 15, 2018. Indeed, while population growth is driving the surge in demand for drinking water, it is also driving an increase in wastewater flow.

The plant provides sanitation and drinking water services to about 2.5 million people in the capital. Sludge from wastewater treatment will produce biogas, which will be used to generate electricity. According to the Construction Authority for Potable Water and Wastewater (CAPW), the energy will be used to cover 60% of the plant’s needs.

The El-Gabal El Asfar wastewater treatment plant project is in line with the government’s water management strategy based on Integrated Water Resources Management (IWRM), including demand management. A programme that has succeeded in providing almost the entire population with drinking water in urban areas.

However, sanitation in rural areas remains insufficient. An analysis of the current situation, organised by Sustainable Water Integrated Management (SWIM, a programme set up by the European Union to support drinking water projects in developing countries), revealed a number of weaknesses: the development of sanitation is clearly lagging behind in rural areas compared to urban areas; these areas also lack qualified personnel and operators in the drinking water sector.

In a report published on 17 December 2009 entitled “Water pollution is a time bomb that threatens the health of Egyptians”, the Egyptian Organisation for Human Rights (EOMHR) states that 38 million Egyptians – or 47% of the country’s population – drink wastewater… This is particularly the case in 71% of Egypt’s villages.