Homepage » EGYPT: Acwa Power will support the government in its desalination projects

EGYPT: Acwa Power will support the government in its desalination projects 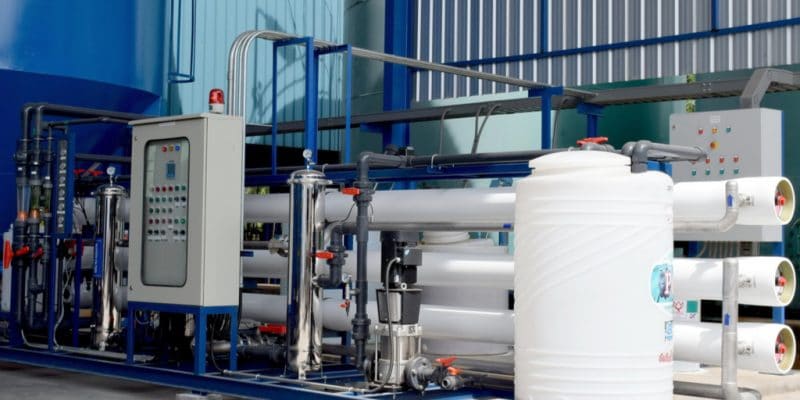 The UAE company Acwa Power, which specialises in power generation and desalination, will support the Egyptian government in the implementation of seawater desalination projects using renewable energies.

An agreement has recently been signed between the New Urban Communities Authority, the Holding Company for Water and Wastewater (HCWW), Egyptian Electricity Holding Company and the Saudi company Acwa Power. The latter will work with the Egyptian government to implement several desalination projects using renewable energy.

The Riyadh-based company which specialises in power generation and desalination will carry out preliminary and feasibility studies for a series of water desalination projects in Egypt. The eventual aim is to build seawater desalination plants using solar energy, wind power or a combination of both renewable energy sources. The results of the studies carried out will then be transmitted to the Egyptian Ministry of Housing, Utilities and Urban Communities and the Egyptian Electricity Holding Company.

The two institutions will then determine the next step in the implementation of these projects, which aim to improve Egypt’s drinking water supply while supporting the government’s plan to preserve freshwater resources. “The company seeks to rely on clean energy sources in the desalination sector, by using the latest technologies that we are implementing in our plants today. These technologies allow the company to reduce renewable energy tariffs and financial charges, thereby helping to support the Egyptian government’s objectives,” explains Rajit Nanda, ACWA Power’s Investment Director.

Acwa Power will eventually be able to contribute to the implementation of the Egyptian government’s projects by building seawater desalination plants. This would diversify its portfolio in Egypt, where the company invests in renewable energy projects. The company, which employs 3,000 people, is thus participating in the development of the Benban solar complex in the governorate of Aswan, with an expected capacity of 120 MWp. Acwa Power has also been chosen to implement the Kom Ombo solar photovoltaic project, which is expected to produce 200 MWp.