Homepage » EGYPT: Acwa Power to start work on Kom Ombo solar park before the end of 2021

EGYPT: Acwa Power to start work on Kom Ombo solar park before the end of 2021 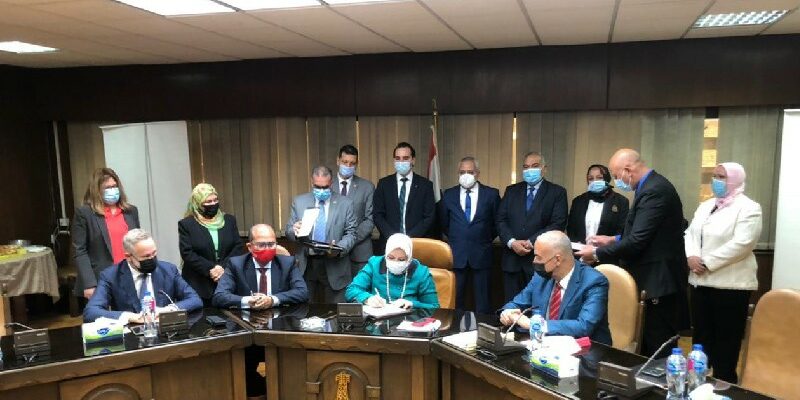 Saudi Arabian independent power producer (IPP) Acwa Power has finalised agreements with the Egyptian authorities for the construction of the Kom Ombo solar photovoltaic plant. The installation, which will have a capacity of 200 MWp, will be financed by the African Development Bank (AfDB) and the European Bank for Reconstruction and Development (EBRD).

That’s it! Acwa Power is completing the formalities for the implementation of its solar project in Kom Ombo. The Saudi Arabian independent power producer (IPP) finalised the agreements with the Egyptian authorities in a ceremony attended by Sabah Mashaly, President of the Egyptian Electricity Transmission Company (EETC); Mohamed Al-KHayat, Chairman of the New and Renewable Energy Authority (NREA); and Rajit Nanda, Acwa Power’s acting Head of Portfolio Management and Head of Investments.

With EETC, IPP has signed a power purchase agreement (PPA). Under the terms of the agreement, Acwa Power will sell the power from the Kom Ombo plant over a 25-year period. The Saudi energy company has also signed a usufruct agreement with NREA. With the approval of the Egyptian authorities, Acwa Power will now focus on the financial mobilisation phase.

According to IPP, the Kom Ombo solar project is expected to reach financial close in the third quarter of 2021, following the securing of $40 million in senior debt financing and a $14 million equity bridge loan from the European Bank for Reconstruction and Development (EBRD). Acwa Power will also receive a $27.2 million loan from the African Development Bank (AfDB) to finance the design, development and construction of the 200 MWp solar plant.

“The finalisation of the agreements for Kom Ombo marks an important step towards the realisation of the project. The tariff is the lowest on the African continent for a project that will soon reach financial close and start construction, demonstrating that globally competitive tariffs are possible in North Africa and the wider African continent,” says Rajit Nanda, ACWA Power’s head of portfolio management and acting head of investments.

The Saudi company plans to start construction of the Kom Ombo solar power plant early in the third quarter of 2021, with commercial operation one year later, in the third quarter of 2022. The Kom Ombo solar plant will be one of the largest in Egypt in terms of capacity. With a capacity of 200 MWp, the plant will be able to power 130,000 Egyptian homes and offset 336,000 tonnes of CO2 per year.