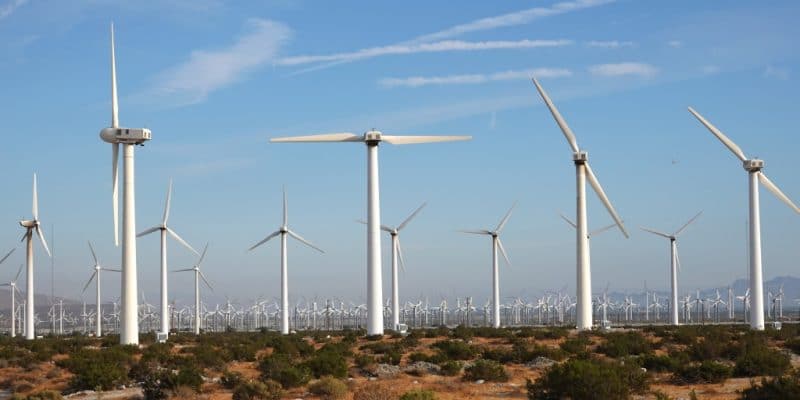 The Egyptian government is entrusting the construction of the Gabal el Zeit wind farm complex to a consortium formed by the Saudi company Acwa Power and the Egyptian Hassan Allam Holding. The wind farm, the largest on the African continent, will have a capacity of 1,100 MW.

The Gulf of Suez will be home to the largest wind farm on the African continent. The construction of a 1,100 MW wind farm complex has just been entrusted to a consortium formed by the Saudi independent power producer (IPP) Acwa Power and the Egyptian flagship Hassan Allam Holding. The project development agreement was signed on Tuesday 21 June 2022 in Cairo by Mohamed Shaker El-Markabi, the Egyptian Minister of Electricity and Renewable Energy, and his counterpart Hala El Said, in charge of Planning and Economic Development.

Several Saudi officials were present, including Prince Abdulaziz bin Salman Al Saud, Minister of Energy, as well as Khalid Bin Abdulaziz Al-Falih and Majid Bin Abdullah Alkassabi, Ministers of Investment and Trade respectively. The reason this project has mobilised so much diplomatic effort is that it is a mega-contract that will result in the construction of the largest wind farm in Africa and the Middle East.

“The project marks an important step in Egypt’s plans to decarbonise the energy sector and meet the targets set out in the country’s Nationally Determined Contributions (NDCs). We are proud to be part of this flagship project and look forward to a successful partnership,” says Dalia Wahba, Hassan Allam Utilities’ deputy managing director and chief investment officer.

According to the company, which employs more than 34,000 people, the 1.1GW wind farm will be capable of powering 1.08 million Egyptian homes. Its construction is expected to avoid emissions of 2.4 million tonnes of CO2 equivalent per year. The overall cost of this mega project is estimated at 1.5 billion dollars. It will therefore be less expensive than the Benban solar complex in the governorate of Aswan which cost 2 billion dollars for an installed capacity of 1,650 MWp. Except that Benban was developed by several consortia of IPPs and investment companies.

The challenge of producing green hydrogen

Hassan Allam and Acwa Power are therefore moving towards a major financial mobilisation with the support of the Egyptian and Saudi governments. The agreement signed on 21 June 2022 comes several years after the awarding of the construction of a 580 MW wind power complex to the Spanish company Gamesa before its merger with the German giant Siemens in June 2016. Is this the same extended project? Nothing is less certain.

But the Egyptian government was still planning in 2018 to build the 580 MW wind complex on 100 km2 of land in the Gabal El Zeit region, south of the city of Ras Gharib. The capacity of this facility has certainly been revised, taking into account Egypt’s new strategic orientations to become the largest producer of green hydrogen on the African continent with the construction of large production plants in the Suez Canal Economic Zone.