Homepage » EGYPT: About 40 tons of waste collected from the Red Sea 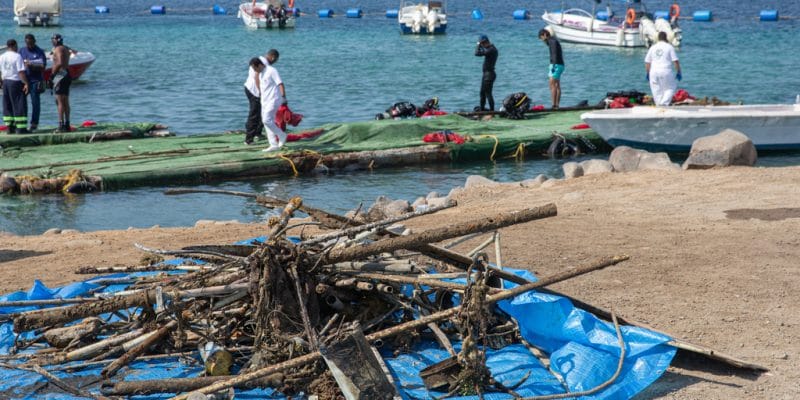 A 10-day initiative called "Ethadar lel-Akhdar" has been launched by the Egyptian Ministry of the Environment on June 19, 2020 to clean up the seabed of the Red Sea. About 40 tons of waste were collected at the end of the operation on June 29, 2020. It is the first activity of the "Live Green" campaign for the protection of biodiversity, launched in the country in early 2020.

The Red Sea was cleaned from 19 June 2020 to 29 June 2020 as part of a 10-day initiative called “Ethadar lel-Akhdar” (be civic-minded towards green).  The project, launched by Egyptian Environment Minister Yasmine Fouad, is the first activity of the “Live Green” campaign for the protection of biodiversity, launched by the Egyptian Ministry of Environment in early 2020.

At the end of the clean-up operation, about 40 tons of waste were brought up from the bottom of the Red Sea. This waste was composed of materials such as plastic, glass, metal, wood, etc. “All the waste was transferred to a sanitary landfill for safe disposal,” says Yasmine Fouad, Egypt’s Minister of the Environment. “The area that was cleaned from June 19-29, 2020 covered the Hurghada, Safaga and Marsa Allam regions. “The initiative was aimed at preserving Egypt’s natural resources,” she added.

With a surface area of 450,000 km², the Red Sea is of strategic and commercial importance for sailors leaving the Mediterranean Sea for the Indian Ocean and vice versa. Its “unavoidable” character explains the continuous pollution of the water of this marine space by waste of all kinds, threatening coral reefs and other forms of marine life.

The “Ethadar lel-Akhdar” initiative was carried out in collaboration with the Red Sea Governorate, the Chamber of Diving and Water Sports, and the Hurghada Environmental Protection and Conservation Association [Hepca].

The Egyptian Ministry of Environment plans to extend the initiative. “The next steps will be applied more broadly and will involve some diving sites inside and outside the reserves,” says Fouad. The Government of Egypt aims to reduce solid waste pollution by 50% by 2030.