EGYPT: A plant converts waste into electricity through anaerobic gasification 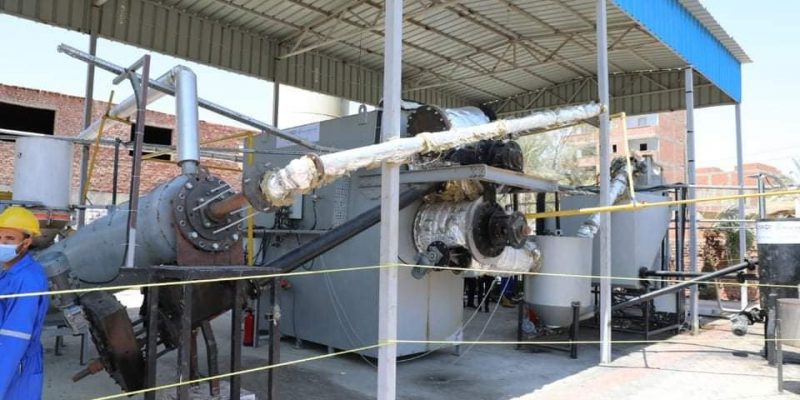 In Egypt, the governorate of Fayoum has a plant that converts its solid and agricultural waste into energy. The plant, which has a capacity of 100 kWh per year, converts waste into electricity using anaerobic gasification technology.

A new power plant, with a capacity of 100 kWh per year, supplies several households in the governorate of Fayoum in Egypt. The electricity is generated from solid and agricultural waste at a plant in the village of Qalhana, near the town of Itsa. Every day, the plant converts 2.5 tonnes of waste into electricity, or 100 kg per hour.

To convert waste into electricity, the new plant uses anaerobic gasification technology. “This is a process that does not burn the solid remains directly, but breaks up the particles with heat and separates them in the absence of air. The materials are then reconstituted to form gases (hydrogen, carbon monoxide, methane, ethylene, carbon dioxide and bio-carbon)”, emphasises Yasmine Fouad, the Egyptian Minister for the Environment, who inaugurated the Fayoum waste-to-energy plant. The residues from the anaerobic gasification process are used as bio-fertilisers for agriculture.

Waste circularity a reality in Egypt

The European Union funded the work on the new plant, which benefits 5,000 people in Qalhana. The plant also contributes to the fight against pollution. In Egypt, 95 million tonnes of waste are produced each year. The Egyptian government aims to reduce solid and sanitary waste pollution by 50% by 2030 through the gradual adoption of the circular economy.

In January 2021, the country unveiled a project to manufacture medium density fibreboard (MDF) from palm waste. The plant that will process this waste will be located in Egypt’s New Valley Governorate. The facility will have an annual capacity of 60,000 m3, reducing the need to import MDF from abroad. This material is used in the manufacture of furniture and facades for homes, decorative slats or skirting boards, doors and frames, as well as for laminate flooring.