Homepage » EGYPT: a partnership with Switzerland for plastic waste management

EGYPT: a partnership with Switzerland for plastic waste management 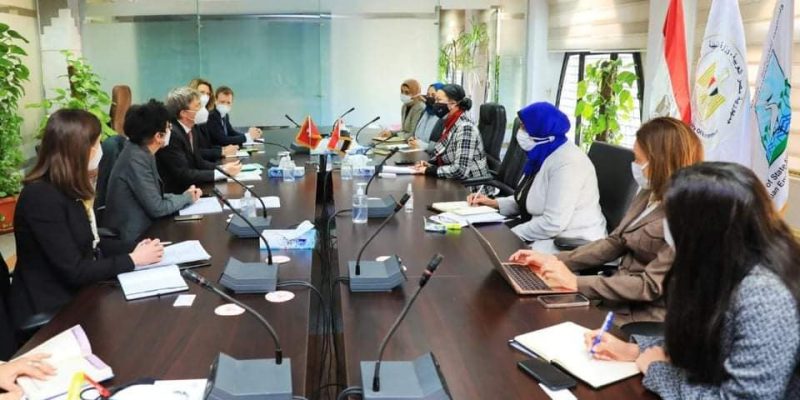 The Egyptian government is expanding its waste management partnership with Switzerland. After working together to reduce solid and hazardous waste, the two countries plan to tackle plastics as Egypt prepares to host the 27th Conference of the Parties on Climate Change (COP 27) in November 2022.

The proliferation of plastic waste in Egypt has the government concerned. According to the American Chamber of Commerce in Egypt (AmCham Egypt), the North African country now generates 5.4 metric tons of plastic waste each year with direct consequences on the environment. As a reminder, waste in the same way as agriculture, livestock and fossil fuels are responsible for methane emissions. Another atmospheric pollutant, responsible for the formation of tropospheric ozone. In addition, there is the pollution of soils and waterways.

On the eve of the 27th Conference of the Parties on Climate Change (COP 27) in November 2022, the Egyptian government plans to strengthen its partnership with Switzerland with a focus on plastic waste management. Currently, the two countries are working together to reduce solid and hazardous waste in Egypt. “In recent years, we have been cooperating closely with Switzerland to deal with hazardous medical waste as member states of the Basel and Stockholm conventions,” says Egyptian Environment Minister Yasmine Fouad.

The circular economy, a necessity in the face of ecological crises

This new part of the partnership between Egypt and Switzerland will be based on three axes, the development of infrastructure, its operation and the creation of a legislative and regulatory climate conducive to environmental action, which will support the legislation on waste management approved in August 2020. “With regard to plastic, this law provides a set of procedures to reduce the dependence on packaging, while coordinating relevant stakeholders (traders, manufacturers and consumers) to explore more environmentally friendly alternatives, such as biodegradable plastics,” says the Egyptian Ministry of Environment.

In order to preserve the environment, the Egyptian government is also focusing on the energy recovery of plastic waste through various processes, including incineration. The country has the support of private actors in this process.