Homepage » EGYPT: a partnership with Moscow for seawater desalination equipment

EGYPT: a partnership with Moscow for seawater desalination equipment 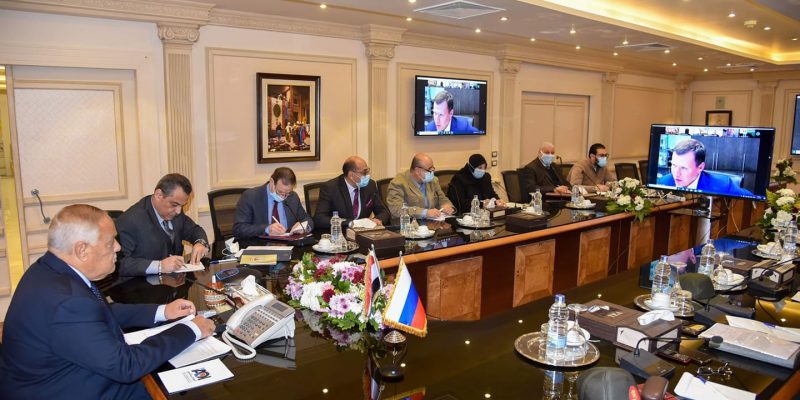 The Egyptian government has chosen Russia as an ally in the construction of a plant to manufacture seawater desalination components. The Russian state enterprise Rusnano will work directly with the Egyptian military complex and a local university.

Egypt is engaged in a policy aimed at exploiting non-conventional water resources. The government of this North African country has chosen to work with Russia in its project to build a plant to manufacture equipment for seawater desalination plants. An agreement was recently signed between the Russian state-owned company Rusnano, the Arab Organisation for Industrialisation (AOI), the Engineering Authority of the Egyptian Armed Forces and the University of Alexandria to set up the future facility.

“With this cooperation, we aim to increase the manufacture of seawater desalination plant equipment and components with Egyptian national expertise,” says Abdel Moneim El-Terras, head of AOI. The Russian company, which invests globally in the nanotechnology industry, also works in the exploitation of non-conventional water resources such as seawater desalination.

The Egyptian government should draw on Rusnano’s expertise in setting up its drinking water infrastructures. It is already working with the South Korean company SepraTek for the construction of a membrane manufacturing plant for seawater desalination plants, as well as the transfer of technology to local professionals.

The aim of these partnerships is to support the national plan to supply drinking water through desalination plants. Cairo plans to equip the country with at least 19 reverse osmosis plants by 2022, 47 by 2030 and 67 by 2050. These plants will be built in coastal cities such as Nabq, Ras Sidr, Abu Zanima, Dahab, Nuieba, Arish 1, Arish 2, Arish 3, Arish 4, Sheikh Zowayed 1, Sheikh Zowayed 2, on the outskirts of Sidi Barani, West Port Said, Dabaa, Marina 1, Marina 2, Marbella and New Mansoura.