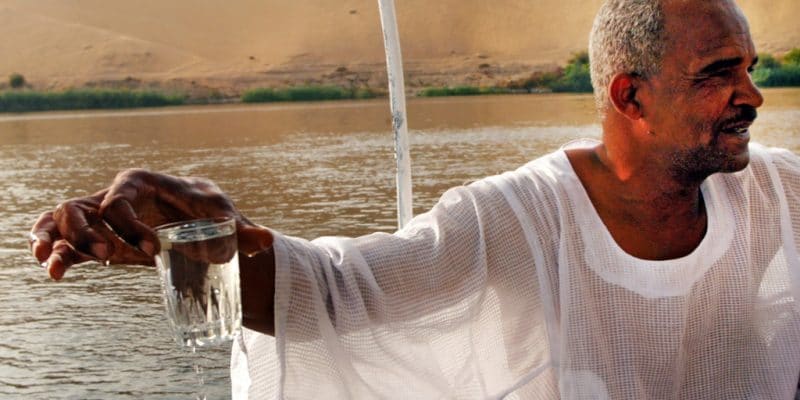 Several drinking water and sanitation projects will receive direct government support in Egypt. The information comes from Hala al-Saeed, the Minister of Planning, who announced the release of 1.5 billion Egyptian pounds, that is, over $83 million.

With a population of more than 100 million, Egypt today has a deficit of 21 billion m3 of water according to Mohamed Abdel Aty, Minister of Irrigation and Water Resources. The country wants to reduce this deficit, which is why the government is about to finance several water and sanitation projects, particularly in Upper Egypt. It will release 1.5 million Egyptian pounds, more than $83 million in the 2018/2019 financial year.

The financing plan includes the construction of the Abu Oweikal wastewater treatment plant. The construction site is currently at a standstill. However, it was the first public-private partnership (PPP) project in Egypt to be signed in 2009. Initially, the plant was to have a capacity of 250,000 m³ per day, to serve more than one million people. The final capacity was to be 500,000 m³ per day. It was originally planned to be commissioned in 2012, but due to insufficient funding, New Urban Communities Authority (NUCA) was never able to complete the work. The project has already received $472 million from the Egyptian Ministry of Housing.

Water and sanitation for new projects

Mohamed Abdel Aty did not provide details on the distribution of this funding, but he assured that part of it would be injected into drinking water and sanitation works related to infrastructure projects, such as metro lines or roads in Greater Cairo and Giza.

Mohamed Abdel Aty, also mentioned the construction of the dam in the valley of the Shalateen Basin, which is part of a territory located in south-east Egypt and contested by Sudan. With a capacity of 7,000,000 m3, it will be used to collect rainwater. The feasibility study for the project was carried out in 2017. National Company for General Contraction, the concessionaire, is still waiting for financing. According to Sameh Sakr Sameh Sakr, of the National Irrigation and Water Resources Authority, it will be the “largest dam in the eastern desert”. Much of the water from the dam will be used for irrigation.