Homepage » EGYPT: $400m to decarbonise transport between Cairo and Alexandria 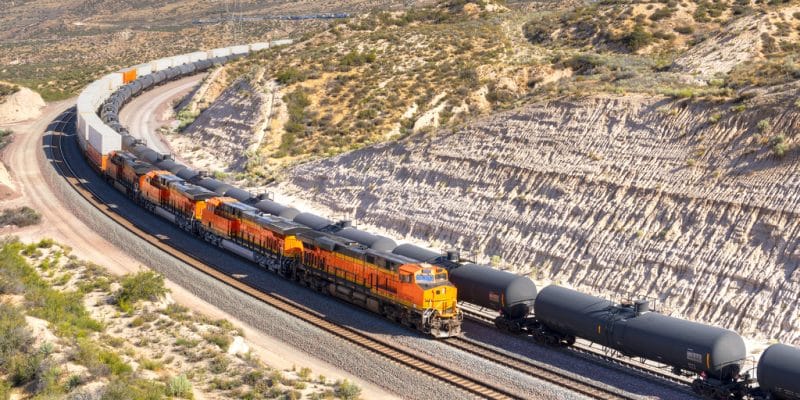 The World Bank is lending $400 million to strengthen the railway line between Alexandria and Cairo. The initiative will reduce greenhouse gas (GHG) emissions by 965,000 tonnes by 2050 in these cities with intense port activity.

In Egypt, the World Bank is providing $400 million for the implementation of the Cairo to Alexandria Trade Logistics Development Project. This initiative, which aims to develop a rail network between these port cities 218 km apart, will improve productivity and facilitate trade.

“The project will provide a rail bypass to the congested Greater Cairo area. Additional freight trains will run between the port of Alexandria, Upper Egypt and the Red Sea, including 15 container trains per day by 2030, and 50 trains by 2060 to this dry port,” says the World Bank.

According to the financial institution represented in Egypt by Marina Wes, the aim is to transport 18,400 containers and other goods annually by train rather than by road. In this way, the project will avoid the emission of 965,000 tons of CO2 every thirty years. This will ultimately contribute to the decarbonisation of Egypt’s transport system and the implementation of the UN’s 13th Sustainable Development Goal (SDG) on climate action.

“This transition to low-carbon transport that we are making with the support of development partners and the private sector will stimulate economic growth by connecting major cities and business districts to ensure the safe and timely delivery of people and goods, and by creating more job opportunities,” says Rania El-Machat, Egypt’s Minister of International Cooperation.

The Cairo to Alexandria Trade Logistics Development Project will also benefit from the support of other development finance institutions, including the African Development Bank (AfDB), the Kuwait-based Arab Fund for Economic and Social Development (AFESD), Ottawa-based Export Development Canada (EDC) and the London-based European Bank for Reconstruction and Development (EBRD).

250 million loan to the government of Egypt under its Green Cities programme. The funding will be used to upgrade and electrify a railway line between the port city of Alexandria and the city of Abu Qir in the north-east of the country.