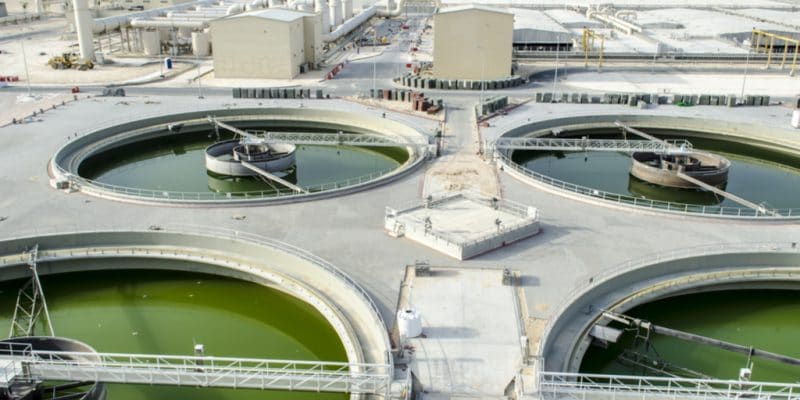 The Arab Fund for Economic and Social Development (FADES) has decided to grant a second loan to the Egyptian government for the construction of the Bahr al-Baqar wastewater treatment plant, east of the Suez Canal. The project will benefit 500,000 people.

The Egyptian government is receiving new financial support for its mega project to build a wastewater treatment plant in Bahr al-Baqar in the Sinai, east of the Suez Canal. This is a $284 million loan from the Arab Fund for Economic and Social Development (FADES), a pan-Arab development financial institution based in Kuwait City, Kuwait.

The money is for the implementation of the second phase of this remediation project. The objective is to recover all the wastewater that flows along the Bahr al-Baqar drain. It winds for 106 km, from the governorate of Dakahlia to Sharqia, and from the governorate of Ismailia to the governorate of Port-Saïd. The effluents that enter the drain during the flow come from Sinai households, industries and plantations in the region. The plant that will handle this wastewater will have a capacity of 5 million m³/day, making it the largest in Egypt and one of the largest on the African continent.

A second loan from the FADES

The Egyptian Armed Forces Engineering Authority has awarded the implementation of this project to Arab Contractors (Arabco) and Orascom Construction, both Egyptian companies. The latter signed a contract worth $739 million. The plant they are currently setting up will prevent effluent from continuing to flow into the environment, particularly into Lake Manzala, which covers an area of 180,000 km2 in the governorate of Port-Saïd.

More importantly, treated wastewater will be used to restore by irrigating 138,600 hectares of plantations east of the Suez Canal. The project will thus support the Egyptian government’s new plan to rationalise water consumption throughout the Pharaoh country. The aim is to cope with the decline in the flow of the Nile, which supplies a large part of this North African country with water.

This shows the importance of this wastewater treatment project. It has already received initial funding from the FADES in the amount of $230 million. In September 2019, the Kuwait Fund for Arab Economic Development (KFAED) made available $82.3 million for the construction of the Bahr al-Baqar Wastewater Treatment Plant.